FOR THE THIRD YEAR RUNNING, VIPER RECORDINGS ARE TEAMING UP WITH POWERHOUSE AMERICAN BRANDS BASSRUSH/INSOMNIAC! 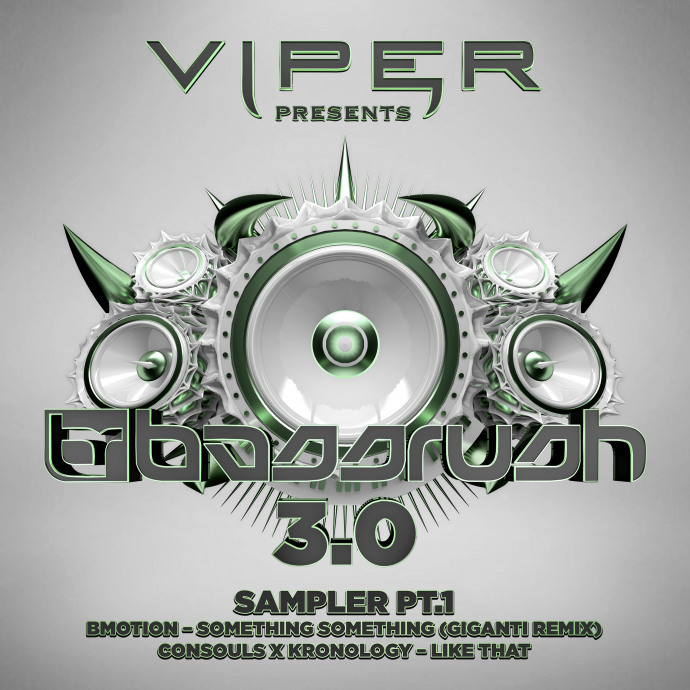 For the third year running, Viper Recordings are teaming up with powerhouse American brands Bassrush/Insomniac to bring you Bassrush 3.0, a massive compilation album celebrating the very best of drum & bass music featuring the hottest D&B talent from North America and beyond, once again bringing you an unmissable selection. Ahead of the full release, Viper and Bassrush are dropping three samplers, the first featuring a remix of one of the label’s iconic tunes, BMotion’s ‘Something Something’, by newcomer Giganti (UK) and a collaborative single from Consouls (US) and Kronology (US), ‘Like That’.

‘Something Something’ has seen massive success across the drum & bass circuits since its original release in 2014 with support from DJ Marky, Friction, Metrik and more. It has also been a consistent favourite of Netsky’s, who recently played the track in front of tens of thousands of people at the prestigious Let It Roll Festival. Now, four years on from the original, the track has been given a fresh new remix from Giganti, taking the record to new heights. Giganti is a talented and exciting new signing to Viper who has caught Futurebound’s attention – and for good reason.

The flip side of the single comes from American producers Consouls and Kronology. With an original release earlier this year on Bassrush, Viper are proud to release the track as part of this massive compilation. A lush, alluring atmosphere is created right from the start, producing a cinematic quality that draws the listener in before tearing things up with the drop. Perfectly striking the balance between elegant and destructive, ‘Like That’ is as sure a sign as any of the growing strength of the drum & bass scene in North America.

Representing both sides of the globe, these two tracks serve as but a teaser of what is to come from the rest of the compilation. With a total of 15 exclusive tracks, Bassrush 3.0 is set to be one of the biggest releases of 2018 – keep an eye out for Part Two on the 14th September and Part Three on the 21st, with the rest of the album out on 28th September 2018 from Viper Recordings and Bassrush.