THE PROTOTYPES – POP IT OFF

THE PROTOTYPES – POP IT OFF 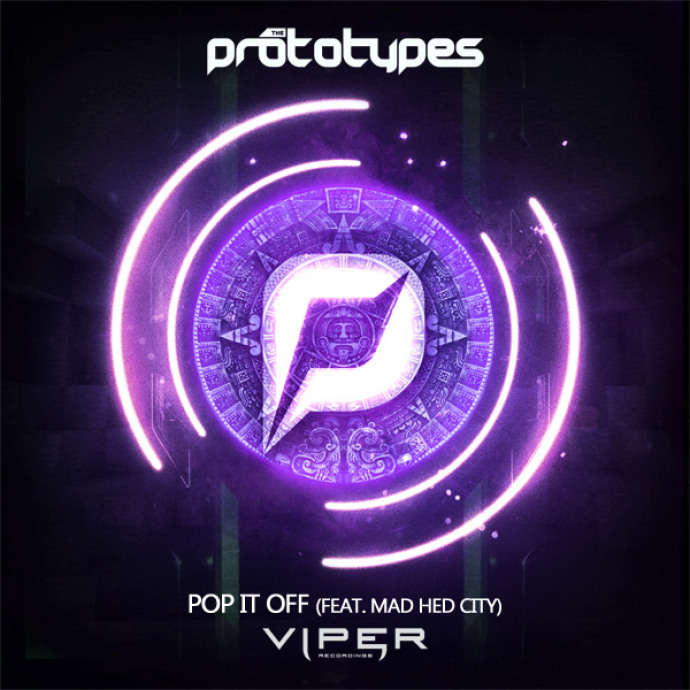 ‘Pop It Off’ is the third single from The Prototypes forthcoming debut album ‘City Of Gold’ on Viper Recordings, available from the 3rd May, with the album dropping 2 weeks later on 17th May 2015.
‘Pop It Off’ features the distinct vocals of Trinidad and Toboggan artist, Mad Hed City (aka Kerwin Prescott). In typical Prototypes dance-floor anthem style, this one is sure to become a DJ’s favourite. Twisted baselines and sharp beats are topped off with a dancehall vocal that will have the ravers skanking.
The package also comes backed with a remix from hotly tipped Black Butter artist Jaded. The Jaded remix uses to the awesome Mad Hed City to great effect by dropping the pitch and reworking the original elements into a bass house banger!
After a dominant 2014 with 3 out of the Top 10 best-selling Beatport D&B tracks of the year, The Prototypes are a force in the club scene, but with their debut album ‘City of Gold’ they are about to go stratospheric.
‘Pop It Off’ available for instant download when you pre-order The Prototypes new album ‘City Of Gold’ on iTunes: smarturl.it/cityofgold. Single also available now on Beatport exclusive: bit.ly/vpr071bp

The Prototypes
‘Pop It Off’ (feat. Mad Hed City)