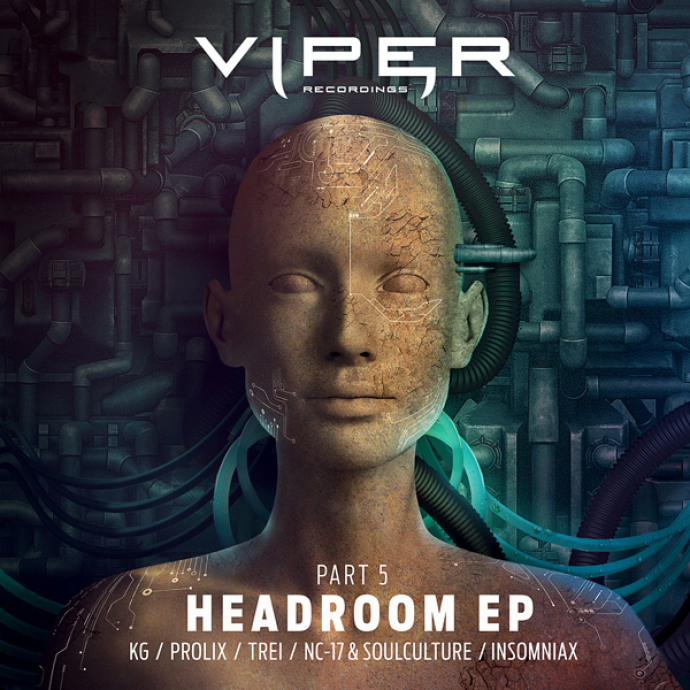 A label synonymous with innovation, Viper Recordings is now known worldwide for putting out some of the most exciting, forward thinking tunes around. Home to the likes of The Prototypes, Matrix & Futurebound, as well as Smooth, Six Blade, Raw Theory and many more, Viper has also been responsible for giving the scene some of its brightest stars. An institution in the DnB community, Viper’s prestigious Headroom EP series is widely regarded as a huge platform for new talent – and with names such as ShockOne, Brookes Brothers, Delta Heavy, and InsideInfo all appearing on the renowned compilations, it’s easy to see why. Now with the Viper family firing on all cylinders, the Headroom series returns – with new faces and a darker, twisted vibe.

Prolix – ‘Ringtone Raver’
Fresh from his huge ‘Project Trendkill’ project with Gridlok, Prolix cements his name as one of the most consistent, respected producers around. Awkward and unruly, ‘Ringtone Raver’ lurches into life powered by abrasive synths and a groove with all the hallmarks of a polished, Prolix production.

Trei – ‘Seeds’
A Viper regular and one of New Zealand’s best DnB exports, Trei delivers a banger in the form of ‘Seeds’. A honed, dancefloor weapon, ‘Seeds’ sees Trei combine an infectious neuro bassline, sparkling arpeggios and hard-hitting drums for a track that shows another, rougher side to his varied production style.

NC-17 & Soulculture – ‘War Master’
Another Viper regular, Canada’s NC-17 teams up with the UK’s Soulculture on ‘War Master’ – which as the track title would lead you to believe, is not for the faint of heart. Driven by a contorted, twisting reese and sprinkled with retro synth stabs as well as spliced amens, ‘War Master’ is one of the grimiest tracks to grace the Headroom series.

Insomniax – ‘Digital Murder’
One of the latest signings in Viper’s ever-growing stable of talent, Insomniax shows why he drew the attention of one of the scene’s most important imprints. Fusing complex percussion, a bustling, shifting bassline and reggae tinged samples, ‘Digital Murder’ rattles forward – and puts Insomniax firmly on the map.