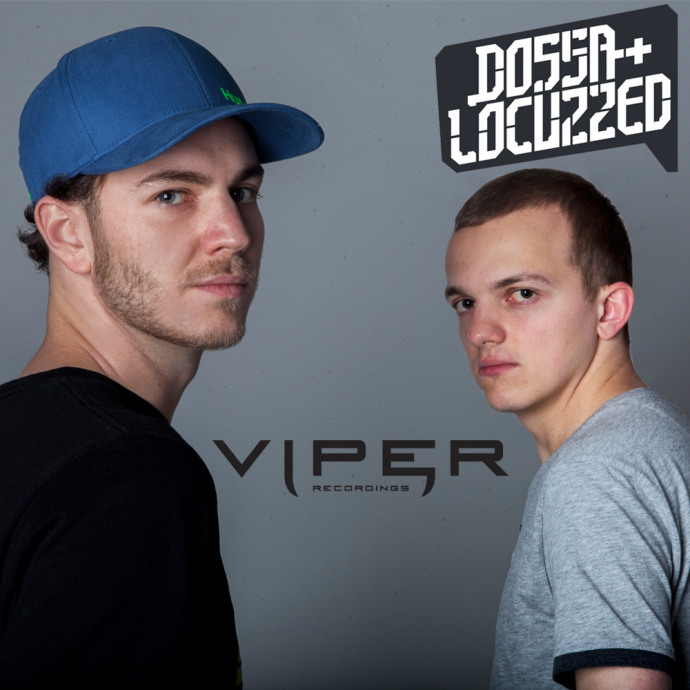 While gearing up to drop their debut single on Viper’s sister label, Viper VIP, Dossa & Locuzzed are no strangers to the label having appeared on Viper’s ‘Drum & Bass Summer Slammers 2015’ album with ‘Hollow’, and then again on ‘The Sound of Drum & Bass 2016’ with ‘Bad’.

A quality imprint in its own right, Viper VIP has been responsible for some of the freshest, most innovative Drum and Bass the scene has to offer. Much more than a sub-label, the truly international imprint has quickly gained a reputation for showcasing fresh new talent from across the globe with debut and early releases from such names as: Smooth, InsideInfo, Metrik, Kove, Camo & Krooked, Maduk, Koncept, and BMotion all featuring in its illustrious back catalogue. Now joining this illustrious class, Dossa & Locuzzed are ready to drop the single ‘Only Way / Electric Boogie’. First up is ‘Only Way’, featuring the eclectic vocal talents of South Africa’s Tasha Baxter. A legend in the scene, Tasha Baxter has been the voice of many anthems over the past decade with collaborations with some of the biggest Drum & Bass and Bass Music producers in the game such as: Spor, Feed Me, Noisia, Brookes Brothers, Smooth, and The Upbeats – along with being a 2X SAMA (South African Music Award) Winner. Epic from the start, and spine tingling till the end, there are bags of funk and soul in this peak time, sky-reaching future classic. Quality production and club-friendly rhythms throughout.

Next up we have ‘Electric Boogie’, a slightly more gritty addition to the single; but don’t be fooled, this still has enough funk and hooks to get any party started. There is a familiarity in the beat that stomps its way through funky stabs and bouncing basslines. There won’t be a sole standing still in the dance with this one blasting out.

Check the Drum & Bass Arena website for an exclusive interview with Dossa & Locuzzed on their signing to Viper here. ‘Only Way / Electric Boogie’ is out 6th May 2016. Click here for more info or pre-order here: viper.lnk.to/vprvip029