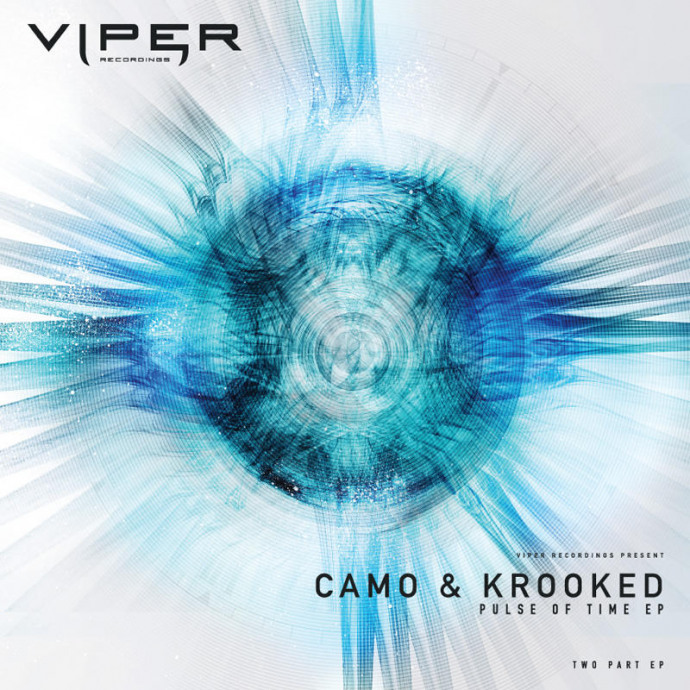 2010 has been a breakthrough year for duo Camo & Krooked. Recently crowned with the âBest Newcomer DJâ gong at the influential Drum and Bass Arena Awards and lauded by everyone from Annie Mac to Andy C, they have pulled together five of their biggest tracks yet for their debut EP on the kings of new talent, Viper Recordings.

One of a range of artists proving that drum and bass is now a true worldwide concern, Camo & Krooked (from Austria) have this year moved into the big league with releases on Futureboundâs Viper, Adam F & Freshâs Breakbeat Kaos, Hospital, Frictionâs Shogun Audio and Shimonâs AudioPorn. With releases getting smashed in the clubs and across Radio 1, Kiss and 1Xtra they have also been much in demand as remixers, lending their unique take on massive singles such as âSweet Shopâ by Doctor P, âMic Checkâ by Hadouken!, âJust Be Good Be To Greenâ by Professor Green and Lily Allen and Talkbox by DJ Fresh. With their name made within Drum and Bass and beyond, the duo come together with Viper Recordings to kick of 2011 with the truly massive âPulse Of Time EPâ and with the DJ reaction on dub so far, there is no doubt this is set to be their biggest release to date. Feel your pulse, this is Camo & KrookedâŠ

DJ Support for the âPulse Of Time EPâ fromâŠ DJ Hype, Matrix & Futurebound, Andy C, Danny Byrd, High Contrast, Adam F, DJ Fresh, Grooverider, ShockOne, Shimon, Netsky, Subfocus, Chase & Status, Metrik, Crissy Criss and many moreâŠ.
âFeel Your Pulseâ
Camo & Krookedâs set opener for some time, they have till now kept this track strictly exclusive to the Viper camp, despite strong pressure from pretty much every A-List DJ over the past few months. Finally released on dub in December, if you arenât hearing this out in the clubs over the next few weeks, quite simply, youâre in the wrong clubs. With an anthemic half step intro, sirens and cinematic vocals announcing the rave armageddon to come, âFeel Your Pulseâ then drops into Camo & Krookedâs now trademark futuristic buzz synths and ratchet tight snare snaps, raising hands and pulses in unison. A true dancefloor smash and no mistake.

âCliffhangerâ
Getting darker, Camo & Krooked then ramp up the paranoia on second track âCliffhangerâ. The track echoes many an era of classic drum and bass, taking the classic future funk sounds of Ram Trilogy and the military beats and bassline and breakdowns style of Mampi Swiftâs legendary Charge label and bringing it all screaming up to date with Camo & Krookedâs unrivaled 2011 production. Dark.
âShorelessâ
If almost any other production outfit in drum and bass had made âShorelessâ it would be their No.1 release of the year. It is testament to Camo & Krooked and to Viper Recordings that this is but the third track on this insanely strong EP. Classic sounding vocals underpinning filtered daft punk style disco chords in a track that absolutely screams rewind. Peak set smile inducing good times all wrapped up in sub bass growls that only the biggest systems will unearth. Hands in the air business.
âRealityâ
If you thought this EP couldnât get any more diverse, âRealityâ truly pushes the boundaries of drum and bass with a track that strays both in sounds and structure closer to techno than jungle. With hoover bass rolling at 4/4 over triplet beat droplets and constant builds and plateaus, this is as technically creative and mind expanding as drum and bass can be. Definitely not a track for those seeking the cheap thrills of build drop, build drop jump up, this is still a club banger of the highest order.
âNothing Is Older Than Yesterdayâ
Available as a digital only exclusive, this will be a tough pill to swallow for those playing vinyl only. Heavily effected guitars on the build take on additional bass at the drop, which rather than unleashing all guns blazing fury, stays reserved, letting the track develop with robotic vocals, French disco vibes and finally Vangelis style strings, completing a mid set bouncer to put a wide grin on your face.
Camo & Krooked
âPulse Of Time EPâ
Viper Recordings
VPR033/VPR034
Exclusive Release: 17th January 2011 (Viper website shop & Beatport only)
Full Release: 31st January 2011
2 x 12″ Vinyl + 5 x Digital Download
1. âFeel Your Pulseâ
2. âCliffhangerâ
3. âShorelessâ
4. âRealityâ
5. âNothing Is Older Than Yesterdayâ (digital only)
6. ‘Nothing Is Older Than Yesterday’ (Radio Edit)
AVAILABLE NOW FROM THE VIPER SHOP: https://viper.databeats.com/product/vpr033