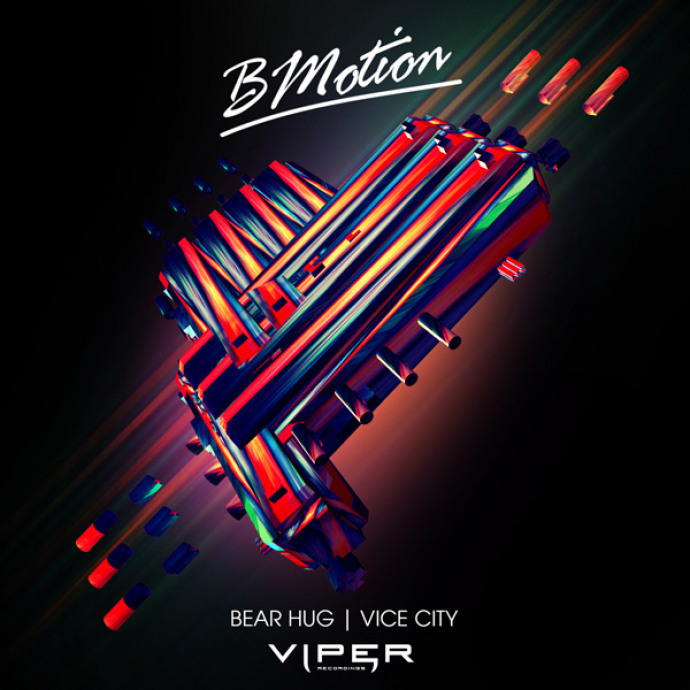 When Viper posted an anonymous clip from this release and asked their fans who they thought it was the results were very unexpected to say the least. From Cyantific to Dimension, ShockOne to Wilkinson, Rene LaVice and The Prototypes. The guesses came in thick and fast but only one person from the dozens and dozens of responses pegged the artist correctly. The mysterious track was in fact by new Viper signing, 22 year old, BMotion hailing from Wales.
A new addition to the Viper Recordings family, BMotion made his debut on the label last year with the single ‘Feelings’ / ‘Something, Something’, as well as appearing on Viper’s prestigious ‘Decade of Viper’ album with ‘Discotheque’ (a collaboration with Chords). With his sophomore outing, BMotion is showing a dark and heavy side to his production with the absolute club monster ‘Bear Hug’, backed with the musicality and funk of ‘Vice City’.
‘Bear Hug’ is just outright rude, obnoxious and in your face. No dance floor is going to be safe let alone be standing still when this is dropped. You can bet you’ll be hearing this. Lightening up the mood on the flip, ‘Vice City’ comes correct with its 80s inspired intro and rolling basslines. This feel good tune would happy blast out of Crockett and Tubbs’ Ferrari while on the hunt for criminals on the Miami Vice circuit.