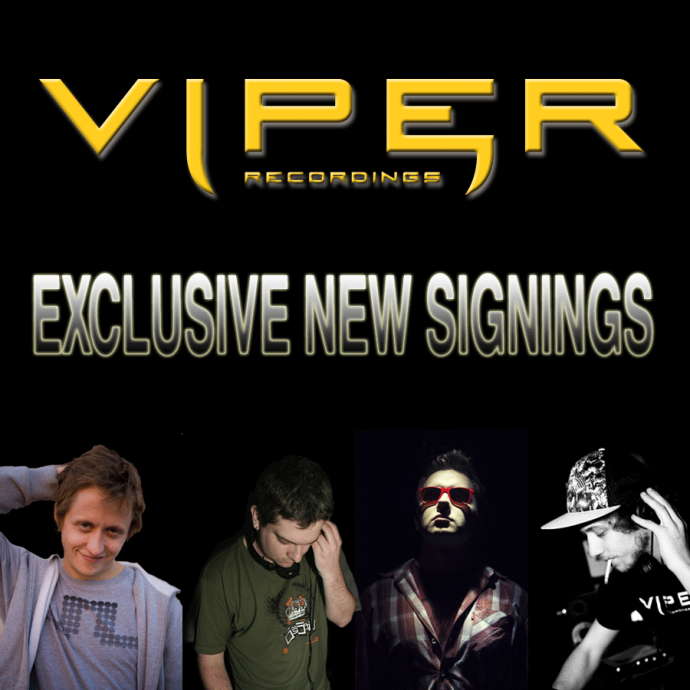 Viper Recordings has announced the exclusive signing of four new exciting artists to the family: Furlonge, Smooth, InsideInfo, and GeneticBros.

Furlonge hailing from London made his Viper debut with the single High Commission / It’s Cruel on Viper VIP. That was followed up by âTask Masterâ which was featured on last years Acts of Mad Men LP. He has also appeared on BBK and Ram with collaborations with the Brookes Brothers and Culture Shock. Furlonge will release his first full Viper 12″ in October with the highly anticiapted track ‘This Love’, backed with ‘Duel’.

Smooth hails from Slovenia and dropped the killer single â7th Senseâ & âSquirmâ this year on Viper VIP. He also had an exclusive track ‘Under The Moon’ on the Acts Of Mad Men LP. Smooth is also one half of Telekinesis with Marko Man, who made their debut on Breed 12 Inches label recently. He is also one third of City of Dogs whose track ‘Absolutely Flawless’ was featured on Pendulum’s Radio1 Essential Mix. Between the three aliases you can be sure to hear LOTS of things in the near future from Smooth, including his debut EP in 2011.

InsideInfo has made the rounds on various respected labels such as Ganja-Tek, Terrafunk, Breed 12 Inches, Mainframe Recordings, Critical, Robotix, and Horizons Music. His first single for Viper was in 2008 with ‘Sneaker’ / ‘I’ll Call You’. Recently, he was featured on the Headroom EP part 4 with the single ‘Awkward’. Look out for a forthcoming single from InsideInfo in 2011 and a collaboration with label boss Futurebound as well as a sick remix of his tune ‘Sneaker’ by fellow new signing Smooth.

GeneticBros from Moscow made his Viper debut with the tearing âBranchesâ track on the Summer Slammers album. He is also causing a stir with the track ‘Uplifting’ which is forthcoming on TalkinBeatz label. GeneticBros is currently working on his first Viper single due in 2011.