THE 100TH RELEASE IN VIPER HISTORY #VPR100 IS FINALLY HERE! 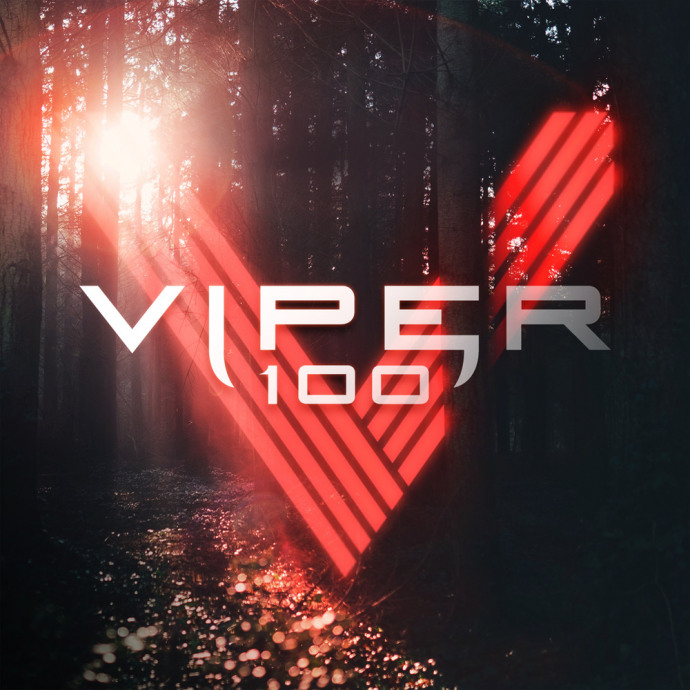 The ‘VIPER 100’ series featured four singles of exclusive artist collaborations and tracks to celebrate Viper’s 100th release, now culminating with the release of the ‘Viper 100 EP’.

Responsible for some of the most ground-breaking vocal and dancefloor Drum & Bass hits over the past decade plus, Viper Recordings is known for both its heavyweight roster of artists and its continuing mission to champion fresh and upcoming talent. Now, 13 years on, Viper have hit their 100th release and are celebrating in style by dropping a huge 4-Part EP titled ‘VIPER 100’.

BMotion vs. Dossa & Locuzzed – Love Blind
‘Love Blind’ is a catchy tune with a killer beat featuring two of Viper’s fastest-rising young talents in BMotion and Dossa & Locuzzed. Opening with a melodic, 80s-inspired electric guitar intro before weaving in some funky vocal samples and synths, ‘Love Blind’ then drops in to a hard-hitting mix of bass, break and riffs which make for some serious raving material.

Futurebound vs. Jaguar Skills – Shadow King
‘Shadow King’ harnesses the sheer production power of two of the industry’s greatest masterminds in Futurebound and Jaguar Skills. Hot off the back of his latest Matrix & Futurebound dancefloor single, ‘The Wall’, along with the massive hit single ‘Fire’ from last year, Viper C.E.O. Futurebound has been busy at work bringing together artists from all over the Viper camp to release Viper’s epic 100th release. Meanwhile, Jaguar Skills has been on an absolute tear for the past 12 months coming off his new smash single ‘FLY’, along with his the massive ‘Ready To Rock EP’ which featured the hit tracks ‘Reload That’ and ‘The Riot Squad’.

John B – Unshakeable
‘Unshakeable’ sees one of the most instantly recognizable and legendary figures in electronic music, John B join Viper for his first ever release on the label. Fully encapsulating the unique sound John B is world-renowned for, ‘Unshakeable’ lays down an unforgettable mix of elevating vocals, murky synths and a rolling bassline. Packed full of drums and incorporating just the right amount of atmospheric goodness, ‘Unshakeable’ concludes the ‘VIPER 100’ EP series in serious style.

Trei vs. Insomniax – Pulling Teeth
‘Pulling Teeth’ leaves little to the imagination as it conjures up pure fire for the dancefloor. Bass masters Trei and Insomniax have combined forces and brought the dancefloor heat with a fiercely intense tune set to get the heart racing with every drop. With its sinister edge and unique composition, ‘Pulling Teeth’ is taking no prisoners with its powerful blend of drums, breaks and razor-sharp riffs.

Catch Viper in London for the Spring Bank Holiday weekend with Part 2 of the renowned VIPER 100 Live event set to hit Fire Club in London on 26th May 2017. Grab your ticket now at viper100.co.uk.