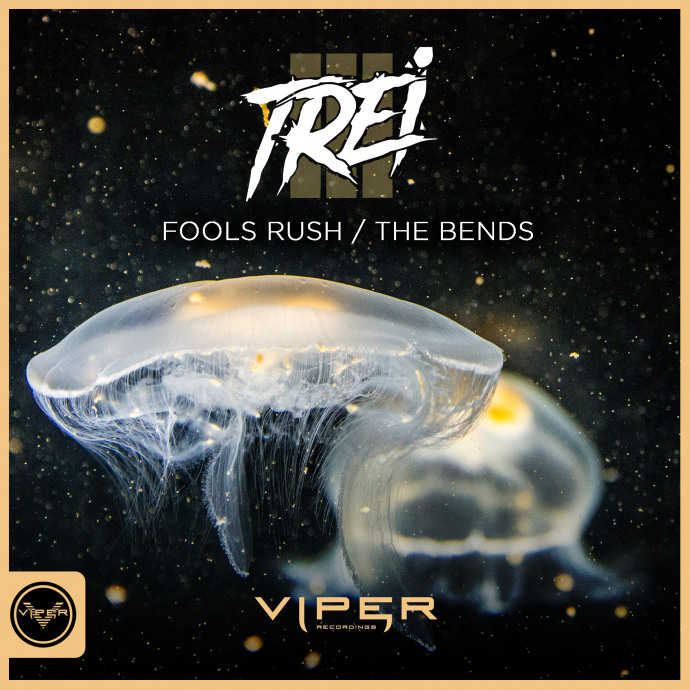 The single kicks off with ‘Fools Rush’ a call to a different kind of adventure, one with a sense of imminent danger throughout and an altogether sinister atmosphere. An ominous sample taken from The Addams Family sets the scene before the drop, an adrenaline fuelled nightmare of high-energy dancefloor madness.

‘The Bends’ is a rather minimalistic track, each note carrying a formidable groove of its own. With a futuristic Wild West vibe created from the start, the track stands out for both its stimulating sound design and mastery in arrangement, giving each sound room to breathe. An elegant bridge furthers the exhilarating feel of the tune.

Proving once again why Trei is a welcome addition to the growing Viper family who so deservedly caught Futurebound’s eye, these two tracks highlight the impressive diversity within the sound Trei is so diligently forging for himself. Each track telling a different story but both equally suited for dancefloors the world over.