TORONTO IS BROKEN – YOU ARE (NOT) ALONE LP

TORONTO IS BROKEN – YOU ARE (NOT) ALONE LP 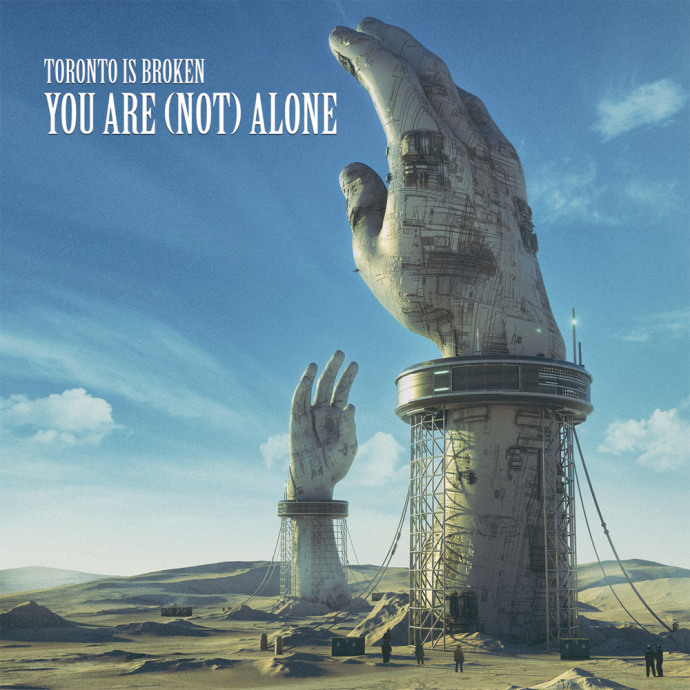 Christian Hoffman, aka Toronto Is Broken, has become known for his ability to tell a story with his music, with releases like ‘This Way Up’, ‘Make Me Feel’, and ‘Zero One’ being strong examples of his recent success. Now, the UK based producer is finally ready to release his remarkable new album, ‘You Are (Not) Alone’ on Viper Recordings, since signing to the label last year.

An album with three distinct acts, ‘You Are (Not) Alone’ is nothing if not a work of art. A pivotal point in Toronto Is Broken’s career, the album seamlessly picks up the story set up in his last album, ‘Section Nine’, and focuses on the main protagonist’s struggle to find purpose in a mystical, dystopian land. Steering away from the traditional sounds of sci-fi inspired, post-apocalyptic neurofunk, Hoffman decided to instead focus on the more mystical, ambient side of the genre, and the result is truly stunning.

Focusing more on intricate, ethereal melodies rather than tech-heavy basslines, the album represents the unstoppable growth and success met by Toronto is Broken, first seen with the release of the first album singles: ‘Make Me Feel / Trying to Find Home’ in May last year, followed by ‘Spite, Lessons, Regrets & Promises / An Image from the Outside’ in December.

The first act (Tracks 1-6) sets the stage for the album with strong dystopian vibes; ‘I Am’ uses a text-to-speech emulator to play the role of god over a deeply resounding neuro sound. The second act (tracks 7-12), explores the themes of identity, depression, religion, and addiction as the protagonist battles with her spirituality, her epiphany materializing with ‘Aum’. Tracks like ‘The Space Between’ show Toronto Is Broken confidently tackling genres outside his usual drum & bass, another testament to his constant rise to success.

The final act (tracks 13-15), looks at the idea of letting go, of death, and of the main character’s spiritual awakening.  ‘Weigh Me Under’ offers a unique, gentle, almost liquid-esque track featuring the stunning vocals of artist favourite, Jodie Carnall, all while still maintaining Toronto Is Broken’s characteristic fantasy inspired sound in a truly elegant manner.