TORONTO IS BROKEN – SPITE / AN IMAGE FROM THE OUTSIDE

TORONTO IS BROKEN – SPITE / AN IMAGE FROM THE OUTSIDE 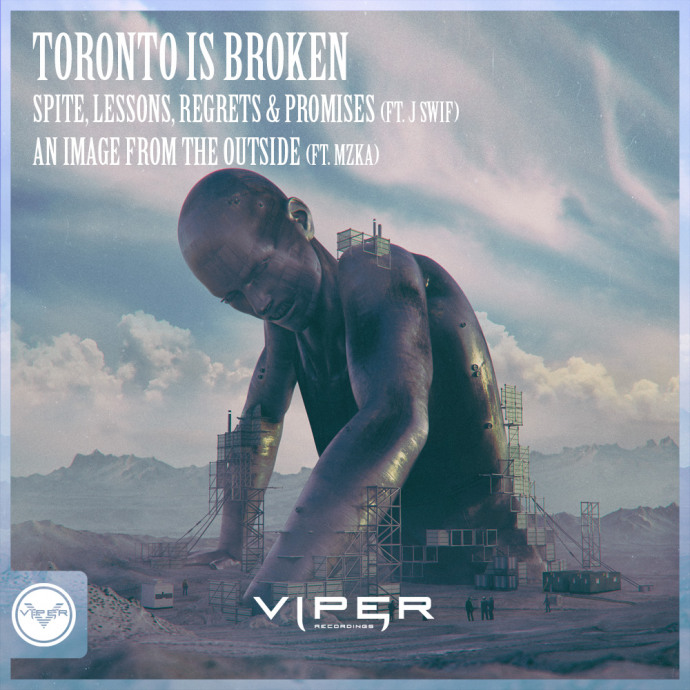 Christian Hoffman, aka Toronto Is Broken, has become known for his ability to tell a story with his music, with releases like ‘This Way Up’, ‘Make Me Feel’, and ‘Zero One’ being strong examples of his recent success. Now, the UK based producer is back with the second single off his upcoming ‘You Are (Not) Alone’ LP following the first single ‘Make Me Feel / Trying to Find Home’ out earlier this year on Viper Recordings.

The first of the two tracks, ‘Spite, Lessons, Regrets, & Promises’ utilizes London based MC J Swif together with neuro-esque production and powerful lyrics for an immense final product. An ominous intro hints at the incredibly diverse sound design that shines throughout the track, while J Swif’s verses add a stark intensity to the mix.

The other side of the single showcases the diversity of the forthcoming album. ‘An Image from the Outside’, is a charismatic liquid tune that is absolutely bursting with life. Irish songstress MZKA lends her vibrant vocals to the tune, further fueling the character already present in Christian’s production.
Showcasing his incredibly diversity as a producer, Toronto Is Broken has once again proven himself as a name to watch with two distinct new tunes on Viper Recordings, setting the stage for the album in 2018.