THE PROTOTYPES – CITY OF GOLD (REMIXES)

THE PROTOTYPES – CITY OF GOLD (REMIXES) 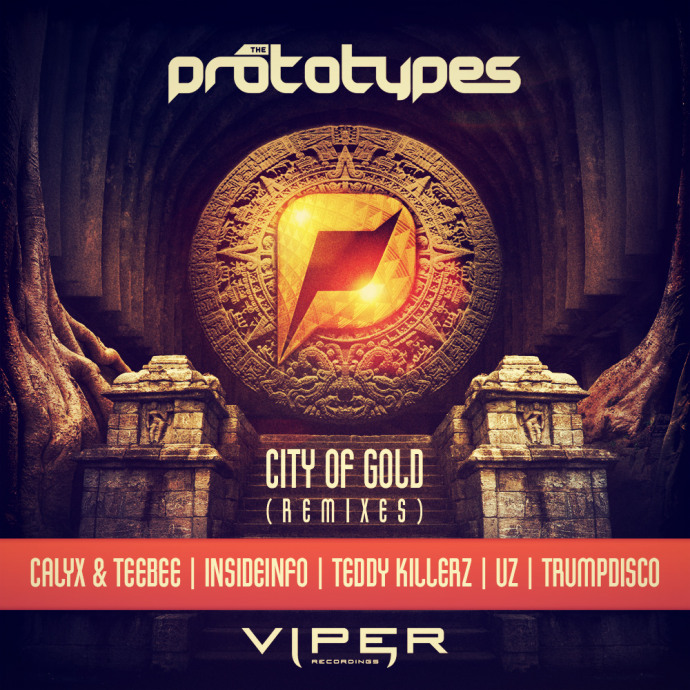 Following The Prototypes huge ‘City of Gold’ album on Viper Recordings in 2015, Viper have pulled in the heavyweights to put their signature sounds on this massive remix EP of some of the biggest hit tracks from the album. The EP features three brand new Drum & Bass remixes from Calyx & TeeBee, InsideInfo, and Teddy Killerz, along with Trap and Bass House mixes from UZ and Trumpdisco, and two new club mixes from The Prototypes themselves.

Fresh off their new album ‘1X1’, Calyx & TeeBee have once again delivered one of the biggest DNB tracks of the year with their remix of the anthem ‘Pale Blue Dot’. While Viper’s own InsideInfo has taken the trippy, downtempo sounds of ‘Redose’ up to 174bpm levels with a stomping, techy remix in his unmistakable signature sound. Russian trio Teddy Killerz has also joined forces with The Prototypes themselves on a collaborative remix of the vocal-lead track ‘Fallen’.

Switching tempos, Trap champion UZ has given the bass-face treatment on ‘Pop It Off’, while Trumpdisco has delivered a driving Bass House remix of ‘Is It Love’.

The Prototypes have added the icing on the cake themselves with their new 2016 Vocal Club Mix of the anthemic roller ‘Is it Love’, along with the much-hyped ‘Pop It Off (VIP Mix)’.