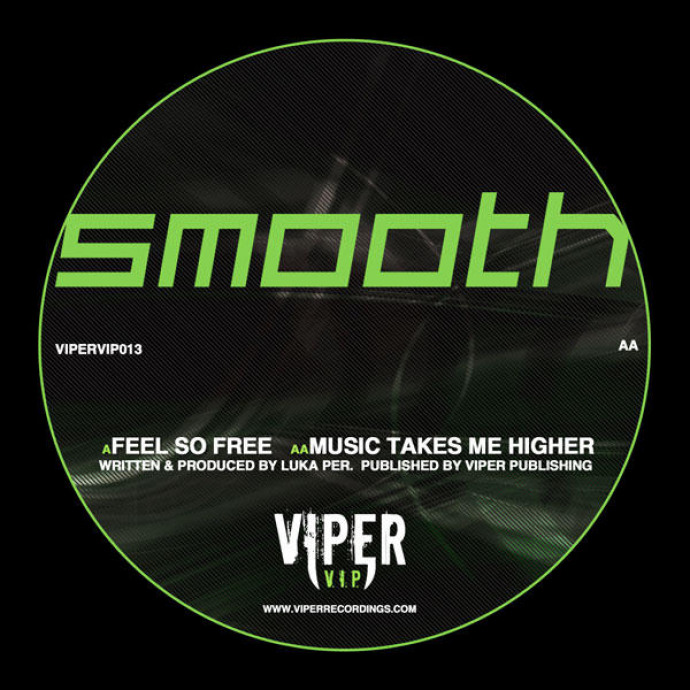 Having been amongst the first to champion and put out early releases by artists such as DC Breaks, ShockOne, Sigma, Camo & Krooked and Brookes Brothers, Viper Recordings is undoubtedly the home of the freshest new artists in Drum and Bass. When Viper gets behind a new artist, people listen, and Smooth (alongside other Viper new boys Metrik, Furlonge and Genetic Bros) represents the new breed of young talent set to follow previous Viper alumni into the hearts of DnB fans around the world.

When Futurebound started Viper Recordings it was with the aim of shaping a label which was the perfect marriage between dancefloor and headphone pleasure, to put out records which blew up the dance while maintaining the musicality which had been squeezed out by the production-by-numbers soulless tech which often threatens to dominate DnB.

No-one exemplifies this more than Smooth, who in less than 12 months has gone from bedroom beat-making to nailing remixes for the likes of John B and Matrix & Futurebound (his 2011 take on the classic âStrength 2 Strengthâ will feature on the duos upcoming Worldwide 001 mix album) as well as gaining the support of some of the biggest names in DnB, including Pendulum who featured two of his tracks in their recent Radio 1 Essential Mix. Now with an exclusive deal with Viper under his belt, this single gives a mouthwatering sample of what is going to come in 2011 from one the worldâs hottest new production talents.

âFeel So Freeâ
âFeel So Freeâ is peak set dancefloor euphoria at its very best. For the intro, atmospherics eventually drop away to silence, which is then broken as a disco vocal filters in before a 16 bar bass drum build rolls in, guaranteeing every hand in the air before the drop. Electro base and intricately layered synths and trance arpeggios then weave in and out of the vocal before a second rush inducing breakdown sends the dance into a frenzy. âFeel So Freeâ is a production masterclass which will get many big name producers wondering how Smooth got so good, so quick.

Smooth – Feel So Free by ViperRecordings

âMusic Takes Me Higherâ
Toughening things up, âMusic Takes Me Higherâ opens up with rapid-fire double snare drum breaks and speeded up vocals, with distant echoes of the DJ Vibes classic âObsessionâ. The track then drops with an almighty smash as cascading robotic buzz basslines collide with titanium tough electro drums layered over the continuation of the rolling snare break. This is an absolute dancefloor tearer which plays to the hearts and minds of those who still retain a love for the old school intoxication and exhilaration of the early days of rave.

âMicroâ
Moving on to third track âMicroâ (available as a digital only exclusive) you can see the genesis of what is sure to become Smoothâs signature sound â old school breaks, frighteningly tough 2011 production, with euphoric clipped and filtered vocals over mix down perfect bass. âMicroâ takes this winning formula off into new directions with future funk warm bass underpinning robo-jazz melodies all rolled together with house style short sampled vocal clips and deeply buried reverbed synths.Smooth – Micro by ViperRecordings

Out now 2 weeks before releases *exclusively* on the Viper shop & Beatport:
https://viper.databeats.com/product/vprvip013
https://www.beatport.com/en-US/html/content/release/detail/330785/smooth