SMOOTH – BLINDED BY THE LIGHT EP

SMOOTH – BLINDED BY THE LIGHT EP 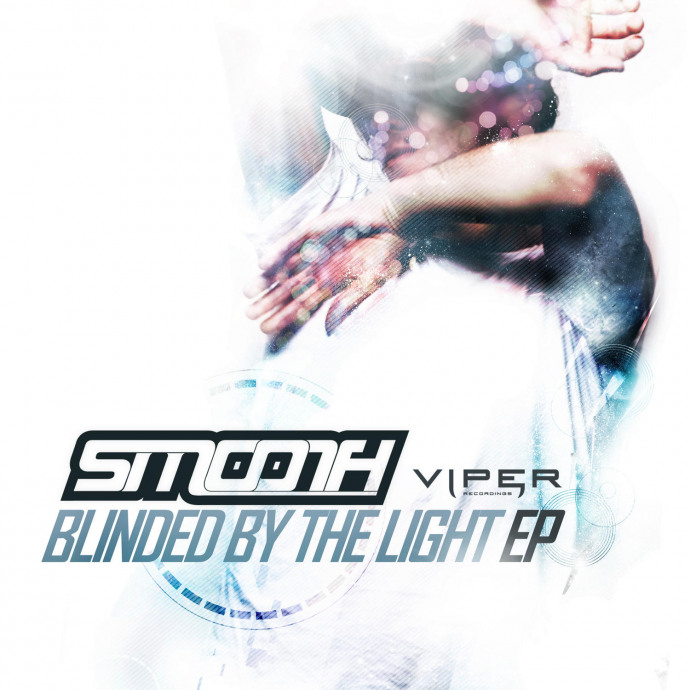 With a track record of breakthrough releases for artists such as Nero, DC Breaks, Camo & Krooked, Metrik, ShockOne and Matrix & Futurebound, Viper Recordings is the go-to label to find the hottest new talent in dubstep and drum and bass. The newest signing to the label is Smooth, a 25 year old Slovenian who over the last 12 months has already become one of most talked about talents in bass music with his tracks getting smashed in the clubs by the worlds biggest DJ’s. This is Smooth’s debut EP and kicks off what is set to another incredible year for Viper Recordings.

With this EP, Smooth delivers on all the early hype which has seen some of the biggest players in DnB and dubstep, such as Pendulum (who featured two early Smooth dubplates in their recent Radio 1 Essential mix), DJ Hype, Subfocus, High Contrast, Friction and Matrix & Futurebound all battering his tracks around the world.

Smooth – Blinded By The Light EP Minimix by Viper Recordings

‘Cosmos’
From the very opening washes of synth and tribal drums, through the addition of descending robo drones and swirling crescendo’s, ‘Cosmos’ is the sound of those initial rushes as you stand in a hot packed club waiting for the opening drop of the peak time DJ’s set. At the drop, metallic growl bass slams into your chest as rhythm after rhythm fires in and out of the track – skipping triplets, pounding synth chords and rattling amens all wrapped in lashings of sub and competing chord melodies. Intricate, bursting with ideas and banging. Insane genius from the lab of the mad doctor Smooth.

‘Cyber Funk’
Not content with one peak time, set starting slammer, Smooth lets rip once again with another treat for those who love a heavy beat. This is for the raving crew and no mistake. After a technoid and sci-fi synth opening, the drop unleashes skipping triplet beats alongside a punching repeating bass stab that whips the track along with the addition of angry bass tears until (in what is becoming signature style) Smooth switches the beat again into a triplet variant which will leave the dance bouncing until the breakdown. In true Dillinja style, the second half of the track completely switches up the beat into a firing two-step, and evolves the bass so that the tears which briefly made an appearance in the first section take centre stage. A dream for DJ’s and ravers alike this is big room business.

‘Shifting Sands ft. Shaz Sparks (Part 1)
Changing up the style completely, ‘Shifting Sands’ kicks off with a reverb soaked ethereal trance vocal (curtsey of Camo & Krooked and John B collaborator Shaz Sparks) and four to the floor house beats (cue initial confused faces on floor) until the drop where the dubstep beats lay down the foundations for warping, morphing distorted bass followed by triplet time alerts, retro console rocket effects and insanely grimey flickering bass stabs both slow and punishing and then dubstep machine gun style. Unexpectedly, double time breaks style drum patterns are unleashed for 16 bars before the dubstep returns in the lead up to the breakdown. Getting inside the genre and truly making it his own, this is trance influenced grime hop of the highest order.

‘Brighter Days’
Evoking memories of J Majik classics such as the Spaced Invader remix and other classics alongside Kathy Brown, ‘Love Is’ is a piano driven Chicago House DnB soul bomb which is sure to remain in A-Listers boxes for years to come. A sure fire festival hands in the air rinser, the track opens with the amazing vocal up till the drop where the ascending and descending piano riff rips the track along with vocal snatches and warm sundown bass. Like an A grade remix of the years biggest Ibiza anthem, this is sure fire classic territory.

‘Blinded By The Light’
Very much is the vein of John B or High Contrast’s live sets, ‘Blinded By The Light’ is a mid set bouncer which delicately straddles the line between science fiction sweetness and sunrise wonder. The boom-bip drum pattern and off beat repeating synths alongside 80’s melody, evoke memories of a fondly remembered theme tune to a sci-fi adventure series from your youth. Not for the po faced, this is for those still ready for a bit of wide eyed wonder alongside the punishing rave tracks.

‘Shifting Sands ft. Shaz Sparks (Part 2)
Part 2 of ‘Shifting Sands’ takes Shaz Sparks instantly familiar vocal and this time wrapping it around drum and bass beats. Unusually (and in no small part down to Smooth’s impeccable production skills) the vocal has just as much impact at the increased tempo, avoiding many of the chipmunk pitfalls of many others who try the same trick. This, the part 2, takes the vocal in completely different territory, eschewing the grime of the dubstep original for a beautiful evocative roller which will find fans both within DnB and beyond.

‘From Within’
Showcasing the dark, techy styles of Smooth, ‘From Within’ gives a glimpse into the sounds that are usually reserved for his Telekinesis alias with fellow producer Marko Man. Beginning with an epic film score chanting intro and then into an epic 70s horror trailer sample, ‘From Within’ drops into an absolutely devastating Virus-style dancefloor juggernaut. Definitely not for the faint of heart!