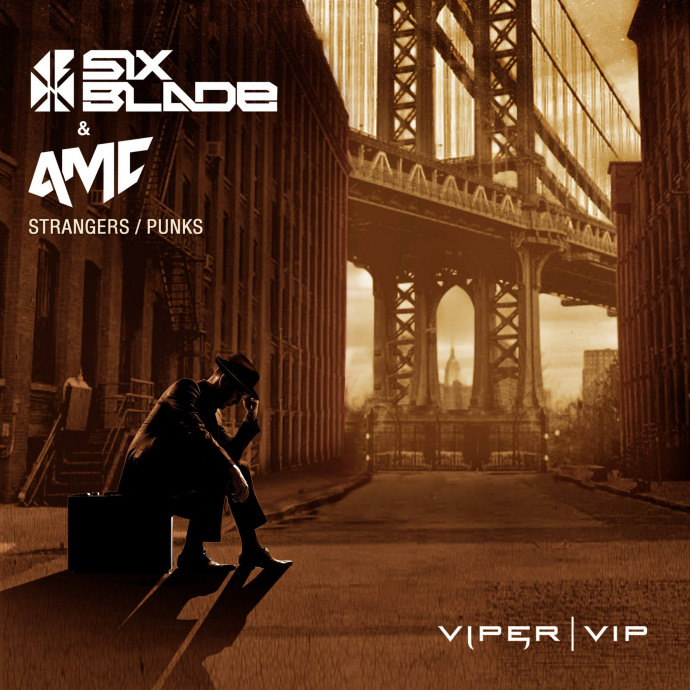 Surfing on a well deserved wave of popularity, 2014 has seen Viper Recordings continue to dominate the DnB scene. Building upon an exciting decade of ever-growing success, this year has already seen Futurebound’s imprint celebrate its 10th birthday in style. Healthier and more vibrant than ever, the Viper team includes the likes of Smooth, The Prototypes and The Brookes Brothers to name a few, as well as new talent such as Raw Theory and Insomniax. Now widely regarded as one of the premier outlets of bass music, Viper Recordings is quickly becoming a household name, thanks in part to label boss and Matrix & Futurebound’s dancefloor dominating ‘Don’t Look Back’.

Now, Viper VIP is set to drop its next exciting release from none other than Six Blade and A.M.C. Ever since signing exclusively to Viper, Six Blade have produced banger after banger. From their tear out mix of Futurebound and InsideInfo’s ‘Mermaids’ to their very own banger, ‘Forget Who You Knew’, the production powerhouse formerly known as Mattix & Futile have quickly gained a reputation for hitting the mark every time they visit the studio. Joining forces with them is Titan Records boss and producer A.M.C. After collaborating with them on last year’s ‘Try Again / Killa’ and A.M.C’s debut track, ‘The Meddler’, A.M.C and Six Blade team up once again for the stunning ‘Strangers’.

‘Punks’
The flipside, ‘Punks’, sees Six Blade going it alone with equally impressive results. Taking things up an electro infused, disco tip, Six Blade change the pace but maintain their highly polished production style. A bustling, pulsing track, ‘Punks’ combines vibrant synths and a bouncing g bassline for a tune that has real groove. Catchy vocal samples, a pumping bassline and Six Blade’s usual attention to detail ensure that ‘Punks’ will have staying power, both on your iPod and the dancefloor.