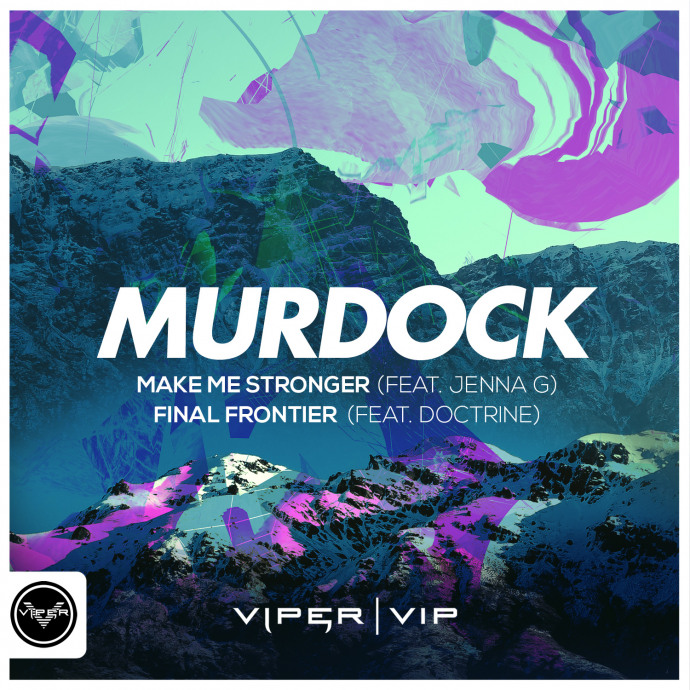 Hailing from Belgium, Murdock has been smashing the European Drum and Bass scene for two decades. From his humble beginnings throwing small music events to rocking every major festival in the country several times over, the DJ and producer is no stranger to rubbing shoulders with the likes of Andy C, Chase & Status, DJ Marky, TC, Sub Focus and Pendulum to name a few.

With a history of releases on major labels such as CIA Records, V Recordings, Hospital Records, Liquicity and his own Radar Records, Murdock has gone from strength to strength since releasing ‘Jungle Fever Vol 1’ in 2009 and ‘Jungle Fever Vol 2′ a year later to critical acclaim. In 2010, Radar Records blew up with Netsky’s ‘Your Way’ / ‘Daydreaming’ and Murdock went on to co-produce the huge ‘Shut Mouth’ and ‘Hooked On You’ with Netsky himself – merely one of the huge projects which define his career.

Having already received its first play on DJ Target’s BBC 1Xtra show as his “Targo Embargo” track, ‘Make Me Stronger’ paints a perfect picture of Murdock’s dancefloor knowhow, featuring the vocal talents of Manchester’s renowned Jenna G. With its catchy synths, uplifting lyrics and bouncy beat, this tune stirs up an instant feel-good vibe which will last for hours.

Next up, ‘Final Frontier’ takes on a more sinister edge as Murdock forays in to the darker side of Drum and Bass with neurofunk master Doctrine. Featuring some trippy sound layering and a tense mix of snappy drums and riffs, this one’s a sure fire winner for any all-night rave.

Watch out for more Murdock as he continues to conquer the scene in 2017 and beyond.