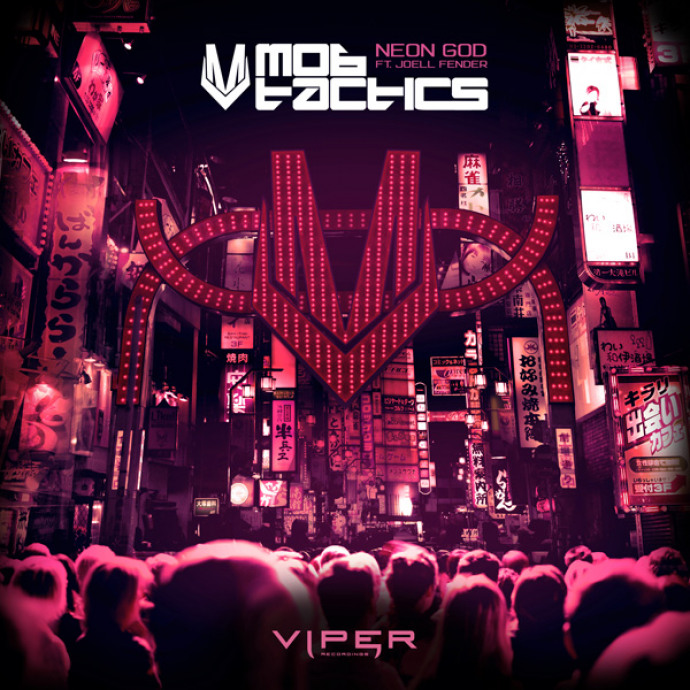 Mob Tactics debut single on Viper Recordings since their exclusive signing!
Mob Tactics seem to be a name on people’s lips more and more of late. Already renowned for their own inimitable style of techy – yet very funky, dance-floor orientated Drum & Bass, the duo are going from strength-to-strength with each release. With an impressive list of releases on acclaimed labels such as MTA Records, Ram, Playaz, Trendkill, and C4C Recordings, Mob Tactics now look to drop their first official single with Viper Recordings after signing exclusively with the label.
Coming off a busy summer, Mob Tactics are fresh off their official DJ Mix and exclusive track ‘Zodiac’ from Viper’s ‘Summer Slammers 2015’ album which received support from heavyweight DJ’s such as: Matrix & Futurebound, Calyx & Teebee, Kove, State Of Mind, Optiv & BTK, Mind Vortex, and Trei.
Here we have the double header of ‘Neon God’ & ‘Return of the Snitch’. ‘Neon God’ featuring the soulful vocals of Joell Fender (MOBO Award Winner) is as much anthemic as it is percussive and bass heavy. This one will fill the biggest of rooms whilst still banging enough to shake the walls in any underground club. It manages to deftly walk the line between uplifting and underground. What else do you expect from Viper? Next up is ‘Return of the Snitch’. Think of a back-alley in the city on a rainy night – ominous and dark, hard and funky. Tough, relentless drums and jagged bass riffs make this one a Mob Tactics signature sound classic in the making.
This single signals the exclusive and triumphant pairing of Viper Recordings and Mob Tactics which is going make a lot of noise, both figuratively and literally.