OUT NOW ON VIPER RECORDINGS 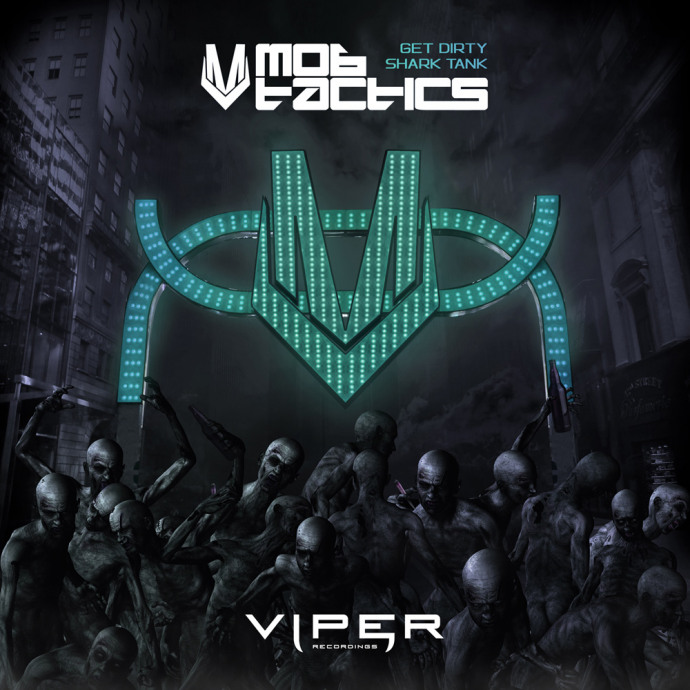 After the resounding success of their debut Viper Recordings single, ‘Neon God / Return of the Snitch’, Mob Tactics return with their latest offering, ‘Get Dirty / Shark Tank’.

Mob Tactics is a name that is synonymous with high quality, tech-orientated Drum & Bass with a funky edge. Never to be pinned down to just one style, the South West, UK based production duo’s last offering, ‘Neon God’, branched out into the realm of big-room vocal anthems; whilst the flip, ‘Return of the Snitch’, showed their dark, techy underground side.

Following the success of ‘Neon God / Return of the Snitch’, Mob Tactics returned with the aptly titled ‘Rave Weapon’, which the duo gave away as free download at Christmas. As the title might suggest, this one was aimed squarely at the dancefloor with frenetic, ravey stabs, reminding you of early 90s days gone by. Now that the Christmas turkey has settled, Mob Tactics are set to drop their second Viper single with the harder, darker and dirtier affair in the form of ‘Get Dirty / Shark Tank’.

‘Get Dirty’ does exactly what the name implies. You are going to have to take a shower after listening to this one. Filthy basslines and murky synths are underpinned by hard as nails drums and punctuated by expertly placed vocal samples.

Next up, ‘Shark Tank’ keeps the pressure high with yet more growling, moody basslines, rolling kicks and razor sharp snares. This one will most definitely make you follow the lead vocal and “put your hands up.”