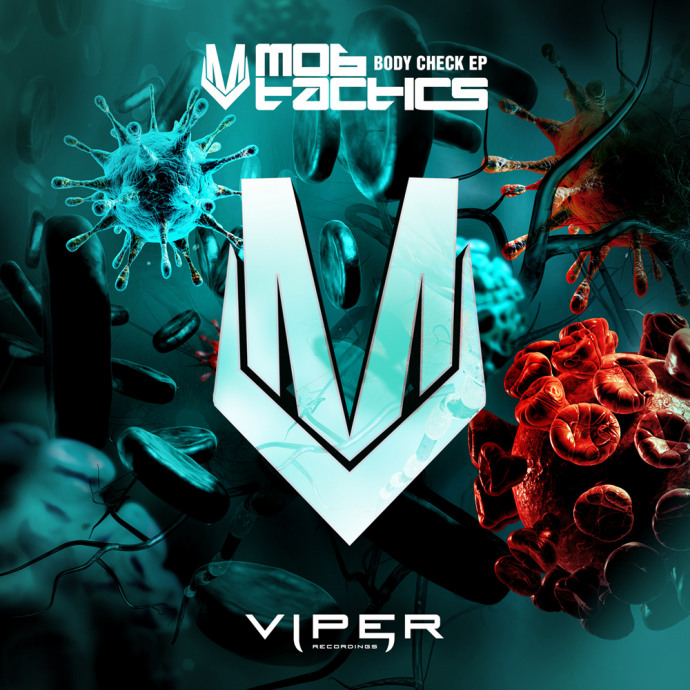 Renowned for their talents of effortlessly combining 90s-style techy beats with powerful, rolling basslines, Mob Tactics trademark production style has kept fans eagerly awaiting new material since ‘Get Dirty / Shark Tank’ dropped earlier this year. Ever since the release of their debut single on Viper Recordings ‘Neon God / Return of the Snitch’, the duo have made a name for themselves as pioneers of original, funky drum and bass, incorporating different music styles in to the genre and consistently pushing boundaries.

Back to switch things up once again, Mob Tactics finish off the summer with brand new 4-track EP ‘Body Check’.

The title track Body Check kicks off the EP in true Mob Tactics style, bringing the bass with a futuristic and undoubtedly techy edge. Robotic vocal samples echo over aggressive stabs as this track gets things off to a fast paced, high-energy start.

Dot Matrix is up next, hitting us with a punchy, retro beat tied together with a seriously funky bassline. As the vocal states, this track will take you ‘into the night’ as it pans out in to a more floaty and atmospheric feel, all the while retaining its gritty edge.

Now Is The Time is an expert mix of both old-school dance and hi-tech, spacey vibes and is an obvious dancefloor smash. Mixing in female vocals with tropical synths and percussion, this is one track that’ll keep you dancing the whole night through.

Finishing off the EP in style, Jabberwocky shows off yet more originality and skill from the duo –switching it up with a hard-hitting, bouncy sound straight out of an experimental action game with some serious pace.

‘Body Check EP’ is complex and original, showcasing Mob Tactics’ flawless production talent and ability to both experiment with different styles and keep the dancefloor packed right through to the end.