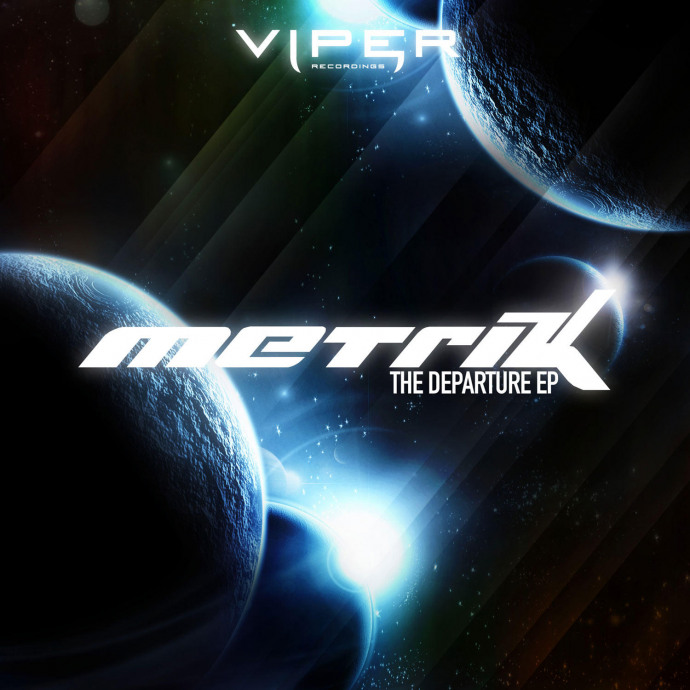 Metrik has been a part of the Viper stable since 2008 with his debut on Viper VIP, ‘Stranger’ / ‘Moving On’. Since then he has become one of the labels featured artists releasing hits such as Technicolour, Zero Gravity, Time To Change, and two gems from last years Acts of Mad Men album, Forward Approach and Sunset.

“The Departure EP” will be the Metrik’s debut EP and will surely catapult him into the upper-tier of elite drum and bass producers to watch out for in 2011. Featured on the EP will be the soon-to-be smash hit, the frenetic rave-influenced  ‘T-1000’ which was recently featured on Danny Byrd’s Radio1 Essential Mix. Following that will be g-force fuelled power of “The Departure”, pushing the creative brilliance and originality of one of Viper’s biggest rising stars. Just as you are about to catch your breath, Metrik flips the script on two collaborations with vocalist Jan Burton on ‘The Arrival’ and ‘Learn To Fly’.

THE DEPARTURE MINIMIX:
Metrik – The Departure EP Minimix by ViperRecordings