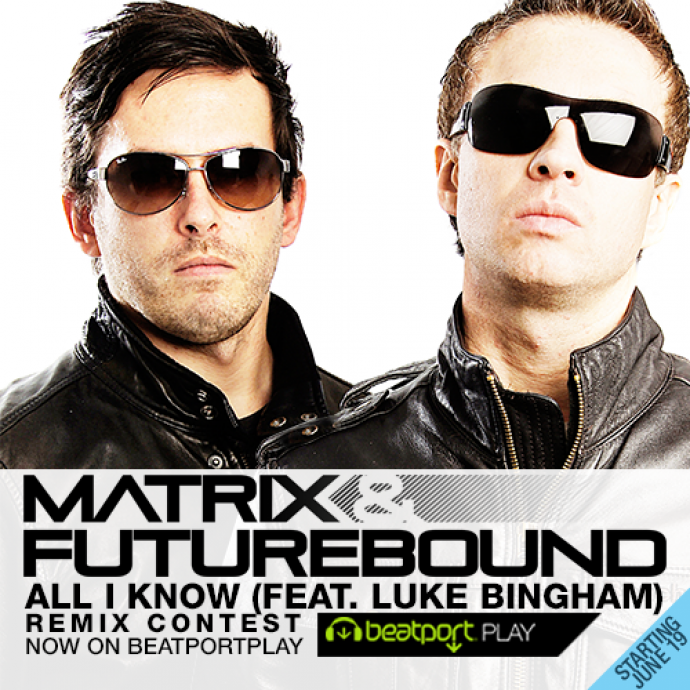 Metro/Viper Recordings is proud to announce the labels first official remix contest for Matrix & Futurebound’s Top 40 hit track ‘All I Know (feat. Luke Bingham)’. The winner will have their remix released on Metro/Viper through Beatport. Download the song’s parts and get crackin’ on your killer tune-up for this high-octane track, and you might snag AIAIAI Beatport Edition headphones, a Sounds To Sample Elements Library, and have your remix released on Metro / Viper Recordings. Upload your entry by July 3rd and you just might see your name alongside the guys on their next release.

GRAND PRIZE
METRO / VIPER RECORDINGS RELEASE
The grand prize winner will receive the most prestigious prize of all – having his or her remix released on Metro Viper Recordings in an official remix package to be sold on Beatport.

COMMUNITY PICK
BEATPORT CREDITS
The community pick will have $50 worth of Beatport credits added to his/her account.