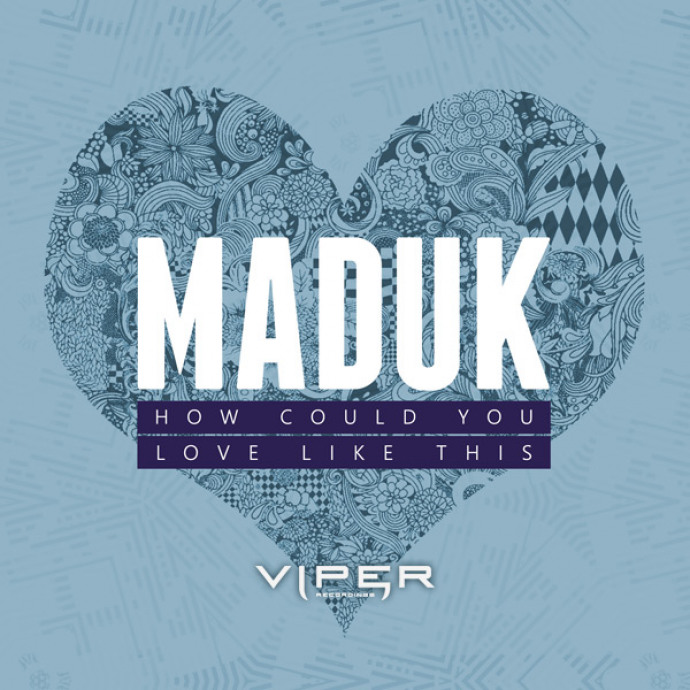 Coming off a banner year in 2014, closing out with the 10 year anniversary ‘Decade of Viper’ album, Viper Recordings isn’t missing a beat going into 2015. Having already dropped InsideInfo’s humungous techy monster ‘Mushroom’, as well as the Brookes Brothers new single ‘Anthem’ already hitting the BBC 1Xtra playlist, Viper switches gears with its next release from long-time Viper collaborator Maduk.

Fresh off winning the “Best Newcomer Producer” award at the prestigious Drum & Bass Arena 2014 Awards, along with being nominated for “Best Newcomer DJ” and “Best Club Night” (Liquicity, which he co-runs), Dutch-based producer, Maduk makes his return to Viper Recordings with his new single ‘How Could You’, backed with ‘Love Like This’ (a collab with German producer, Champion).

Maduk made his Viper debut in 2012, winning the official Beatport Remix Contest for Matrix & Futurebound’s single, ‘All I Know’. This was followed by his debut Viper single ‘Feel Good / Don’t Be Afraid’, and ‘Live’ from Viper’s annual Summer Slammers 2013 album.

More recently he has collaborated with Logistics and Nu:Tone on ‘Stutter’ from Logistics ‘Polyphony’ album on Hospital Records, as well as releasing top tracks such as ‘Believe’ and ‘Kings & Queens’ through his own label Liquicity which he co-runs with fellow Dutchman, Maris Goudzwaard.