KOVEN – MORE THAN YOU

KOVEN – MORE THAN YOU 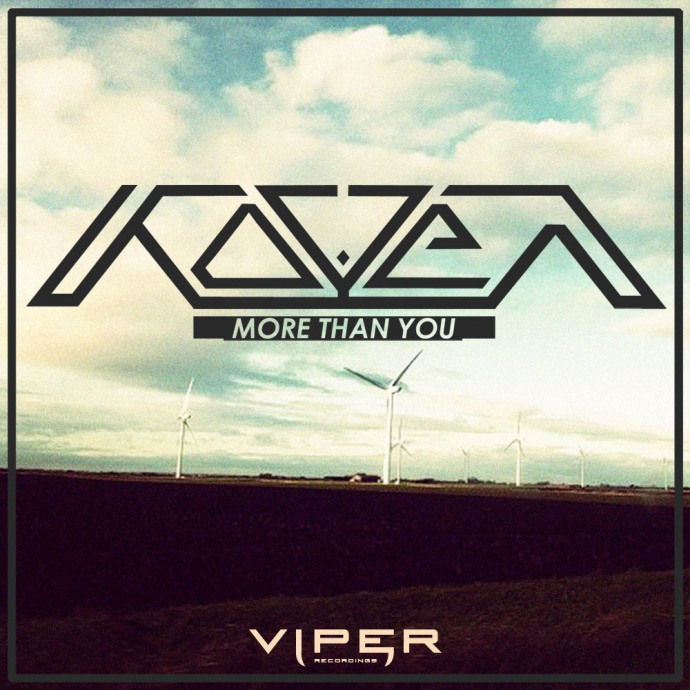 Always at the forefront of pushing fresh new talent across multiple genres, Viper Recordings has well and truly kicked off 2013 with a bang. With Matrix & Futurebound’s ‘Magnetic Eyes’ hitting #24 in the UK charts, along with massive releases by Skibadee and Maduk, Viper is now ready to unleash the cinematic ‘More Than You’ from Koven.

One of the most exciting Bass Music acts to emerge in recent times, Koven is the product of producer Max Rowat and vocalist Kate Ashton. Combining their obvious musical talents, the duo has already experienced an unprecedented rise in the EDM scene. With their very first track – the free download – ‘Wake You Up’ clocking in over 1.6 million views on UKF, Koven have already attracted high profile remix work for The Prototypes with their reworking of ‘Suffocate’, along with production on Hadouken’s new album and a remix of their latest single ‘Levitate’, and a collaboration with Modestep – ‘Take It All’ on their new album ‘Evolution Theory’.

‘More Than You’ (DC Breaks Remix) [Drum & Bass]
DC Breaks have delighted fans across the globe with huge releases such as the classic ‘Halo EP’ on Viper Recordings which included ‘Halo’, ‘Mankind VIP’, and ‘Babylon’ as well as huge tracks such as ‘Firez’, ‘The More I Want’, and ‘Take That’. Now, fresh from releasing the massive ‘Shaman’ on Ram Records, the duo put their spin on the massive title track. Preserving the cinematic quality of the original, DC Breaks keep Kate’s vocals and Max’s iconic melody but add an injection of Drum and Bass energy and dancefloor appeal. Expect this one to dominate the dancefloor.

‘No Blocks’ [Dubstep]
‘No Blocks’ sees the exciting production duo showcase another side to their unique production style. Stomping forward with huge sounding robotic-like bass, heavy drums and a range of clever production touches, ‘No Blocks’ highlights a deeper side to Koven and the reason why they are hotly tipped to be one of the breakthrough acts of 2013.