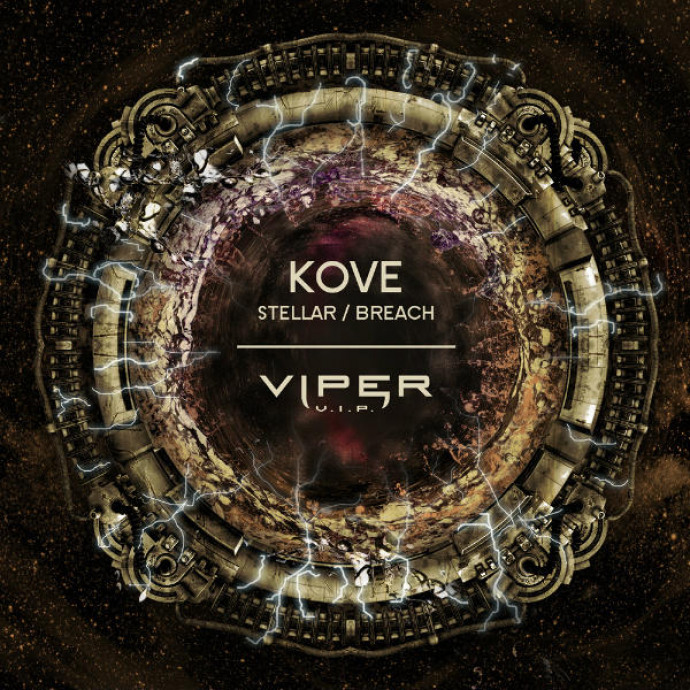 Drum and bass has survived and prospered primarily because it has continued to be driven by fresh talent, with new artists pushing the sound forward so that in 2012 waves of new fans continue to pack the clubs and keep not only keep the scene alive in the UK, but enable it to prosper in every corner of the globe. Over the last 7 years, one label has been instrumental in not only representing DnB around the world, opening up new territories and breaking new ground, but also finding and developing new talent, using the labels worldwide reach to expose new sounds and help keep DnB as fresh, vital and exciting as it was in its early 90’s infancy.

KOVE is the newest discovery by Viper label boss Futurebound, the latest in a long line of talents such as Nero, DC Breaks, ShockOne, Sigma, Metrik, Brookes Brothers, Smooth and Camo & Krooked who also cut their teeth as part of the Viper camp. Originally from Sussex and now living in Oxford (which has always steadily maintained a strong DnB scene), 21 year old KOVE hadn’t listened to DnB until 2010, then like so many others the rush of 170bpm caught his heart on his first proper DnB club experience. Little over 18 months later and KOVE’s debut single is due out on the mighty Viper Recordings, and with Bailey and DJ Hype already rinsing out the tracks on radio, its easy to see why Viper is once again putting its name to another new production talent.

‘Stellar’
For his debut single’s A side KOVE goes straight in with a peak time, set defining banger in the shape of ‘Stellar’. This is a filtered disco influenced club bomb that will have the guys and girls brocking out in unison. Unashamedly upbeat and euphoric, ‘Stellar’ takes the vibe of the DnB disco influenced greats such as J Majik Vrs Hatiras ‘Space Invader’ and Peshay ‘You Got Me Burnin’ and brings it slamming up to date with a 2012 twist. Hitting hard from the start, the huge two step drums lead to a drop down where filters work over the bass alongside a repeating female vocal sample until the drop. From here your chest takes an almighty hit from the buzzing low end, a jumping bassline full of sub and club destroying bounce, backed up by a relentless disco DnB drum pattern. This is a disco club banger that is already gracing the sets of the A-list all over the world. Hands in the air, sub bass, smile on your face smasher!

‘Breach’
One of the most exciting things about KOVE’s debut is the stark difference between the two tracks on offer. While ‘Stellar’ bring the disco madness, ‘Breach’ goes deep and dark whilst still retaining the classic signature melodic style of Viper Recordings. The intro opens with warm washes and metromic clicks and ride cymbal, adding layered mid range and a heavily processed hand clap after 8 bars, filtering until the drop which comes in after a quick fire 32 bar intro (ideal for those quick double drops!). The bass when it hits is a cavernous snaking low end, morphing and winding its way through four bar loops, like a sub heavy brass DnB tuba. This is a bassline to savour; dark, heavy but also cultured in its execution. Alongside this bassline wonder is the perfect juxtaposition of live sounding classic two step drums, the awesome boom click evoking late 90’s tech step at its live break sampling finest.