VIPER WELCOMES A NEW GENERATION OF NINJAS INTO THE DOJO! 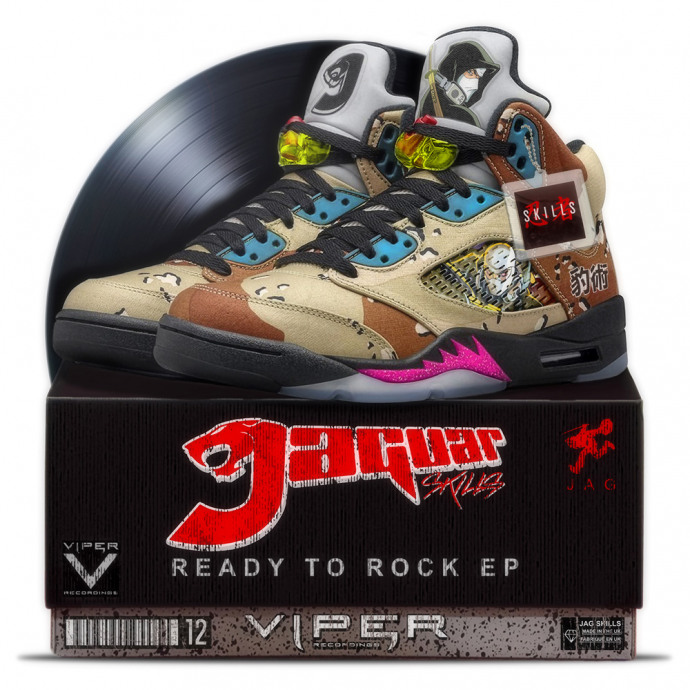 Peerless behind the decks and yet with his anonymity still intact, Jaguar Skills is a constituently impressive presence on the club and festival circuit, delighting ravers with his faultless technical sets and encyclopaedic knowledge of drum and bass, hip-hop and everything in between.

Now in 2016, his evolution into a producer of absolute authority looks set to be realised with the release of his ‘Ready To Rock EP’: an explosive three-tracker that commands attention from all quarters.

Dropping 22nd July on Futurebound’s renowned Viper Recordings, ‘Ready To Rock EP’ is a powerful statement of intent from Jaguar Skills. Lead track ‘Ready To Rock’ is raw, sinewy drum and bass that punches hard but intelligently, its subtle intricacies demonstrating a level of detail and creativity inherent in all of Jaguar Skills’ productions.

‘Reload That’ featuring the vocal talents of grime MC Milli Major is an unashamed club anthem, sure to be a weapon of choice for many DJs in the months ahead. Major’s commanding call to arms in backed up by heavy, juddering bass stabs and thunderous kicks, building to a crescendo that has to be heard to be believed.

Wrapping up the EP, ‘The Riot Squad’ featuring RAM’s Mind Vortex plunges into hidden depths. Flies circle and buzz as the cut builds for what seems like an eternity, before finally dropping into a cataclysmically tough drum and bass jump-up anthem groove.

Jaguar Skills has always been one of the finest DJs in the game: with this EP, he’s started his assault on the world of production in equally impressive fashion.