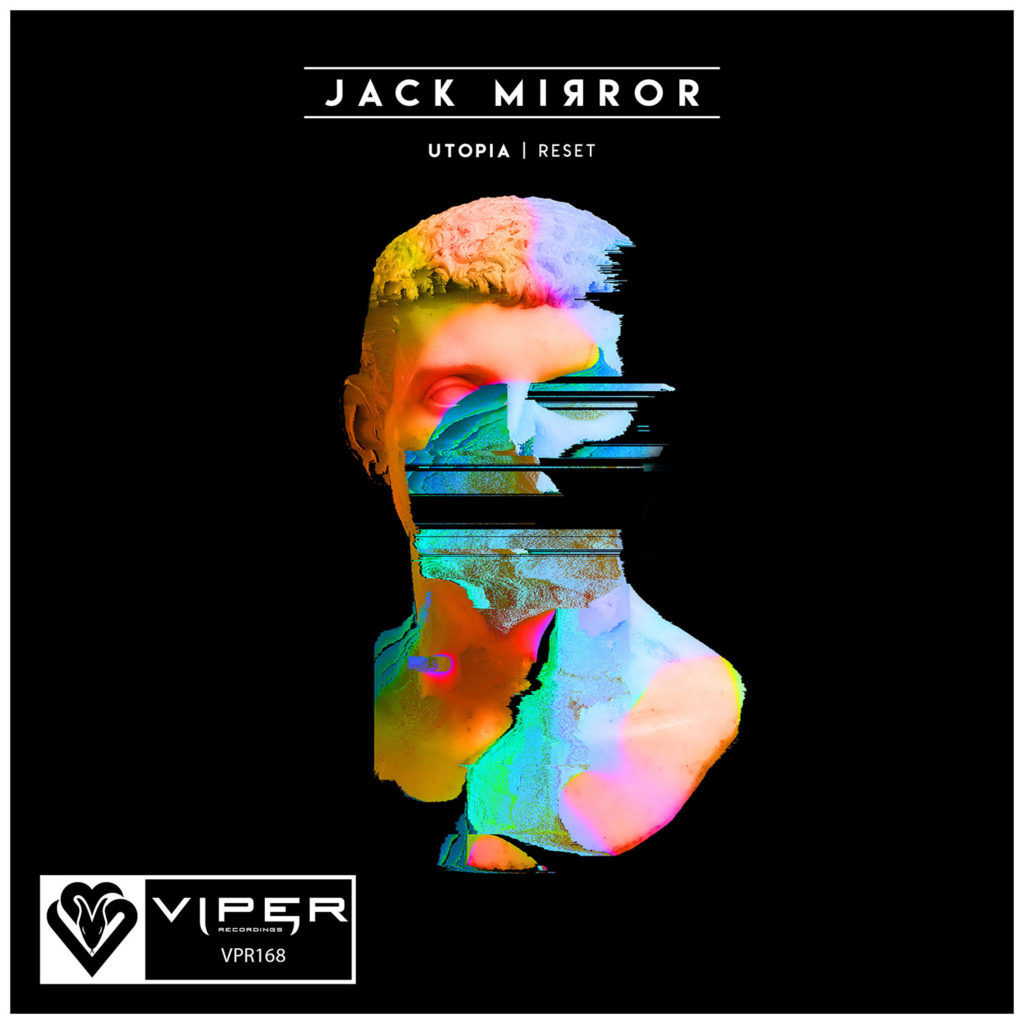 Viper’s newest exclusive signing is the incredibly talented newcomer Jack Mirror, who made his debut with ‘Assimilate’ on Viper’s Annual 2019. A label that prides itself on discovering the freshest talent, Viper head honcho Futurebound knew instantly that Jack Mirror would be a welcome addition to the ever-growing roster of talent after hearing just one demo. Sitting alongside names like formidable scene veteran Cyantific, funk masters Dossa & Locuzzed, creative masterminds Ekko & Sidetrack, and fellow new signee Giganti, there’s no questioning Jack Mirror’s productions are of the highest calibre.
‘Utopia’ builds a cinematic atmosphere right from the start, with a carefully crafted intro that carries a lot of dystopian themes and imagery. A captivating introduction evolves from something blissful and sophisticated, exploding with energy into a mesmerizing dancefloor banger without ever losing its harmonious allure.

The flip side of the single, ‘Reset’, delivers a much more mysterious opening, with a charming melody and hypnotizing ambiance that is simultaneously light and airy with a delicate, ever-so-slightly foreboding aura. With such exceptional sound design and thoughtful arrangement, Jack Mirror is able to create an immersive atmosphere for the listener that speaks volumes to his skills as a producer.
Proving once more that Futurebound’s ear is second to none, Jack Mirror is set to turn heads and establish his place in the scene with this debut single on Viper Recordings.