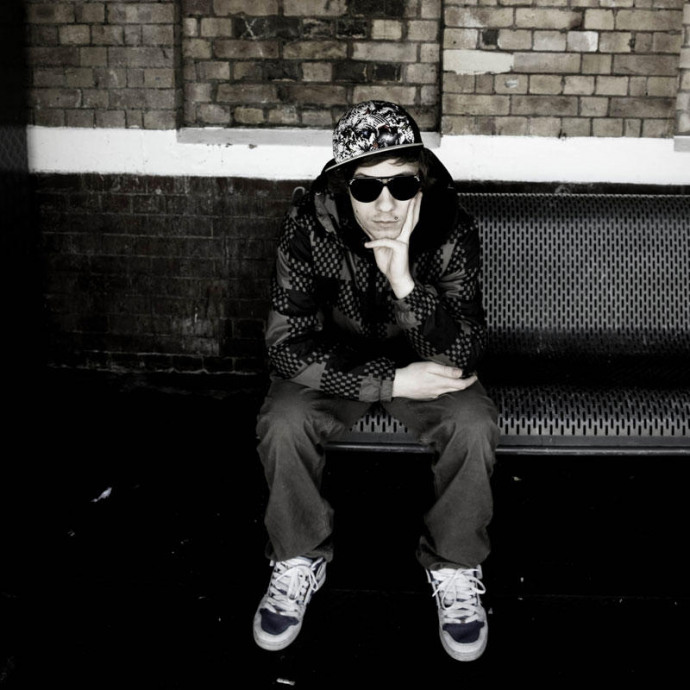 Leading up to his forthcoming debut EP on Viper Recordings in January 2012, Smooth sat down with Full Effect Promo to share his insights on his ‘Blinded By The Light EP’ and how he got into the crazy world of drum & bass.

So how did you first get into drum & bass music?
I think it all happened when I randomly went to my first local dnb party… pretty much wasted. And the next day I just kinda figured out that was not a one night thing and that I needed to have more dnb in my life. So that night actually changed my life. I listened to dnb all the time so it was actually only a matter of time before i wanted to get involved even more.

What were your musical influences growing up?
I was listening to a lot of different music growing up – from melodic punk to grindcore – and of course old rock and pop. It basically didn’t matter what genre the music was as long as I loved what it was about. But bands I listened to the most over the years are AFI, Slipkont, Korn, Machine Head, etc.

How did you get started producing?
After listening to dnb quite a lot for about 2 years, I decided I need to start making it. It was just a thing I needed to try. So one thing led to another and I was completelly hooked. I was producing everyday and everynight… I still do to this day. I always try hard to challenge myself as much as possible and keep improving everyday.

What was your studio setup when you first began producing, and what programs do you currently use?
When I first started makin music I had Reason 2 and some crappy Logitech speakers. But I soon realised that FL Studio was my DAW of choice and I’ve been using it for years now. I also use Protools for recording vocals and instruments.

What was your first release as a drum & bass artist?
My first release was on Touchin Down Recordings in 2006, with the tunes ‘Lost Cause’ and ‘Juan Rivas – Oye Morena (Smooth Remix)’. This was the first big thing that happened to me. It made me work even more and try harder. It made me realise that hard work pays of and that it’s possible for me to acomplish even more.

You made your Viper debut on the ‘Acts of Mad Men’ album with the song ‘Under The Moon’. What was it like being a part of that album which was selected as Zane Lowe’s ‘Album Of The Week’?
At the time I really couldn’t belive what was happening. I was really proud to be on that compilation along with all the big artists and on the label that I really wanted to be on. Then having that compilation being Zane Lowe’s ‘Album of the Week’ just made it all that much sweeter! So it was deffinetly a privilege to be a part of that compilation and along with that signing to Viper Recordings.

How would you compare the sound/style of your earlier releases to your current sound? What has been the biggest change?
I was always making everything from jump-up to techstep. I’ve been into neurofunk for years, influenced by producers like Noisia, Spor and Phace. But then I just started to feel the more soulful side of dnb, so I was influenced by people like Matrix & Futurebound and the Brookes Brothers a lot. That was the point when I really started to develop my own sound in the jump-up subgenre. And also the time to split personalities and use different aliases for different subgenres.

You’re generally known for your uplifting vibes, but many people aren’t aware of the dark side of Smooth – and that is your alias Telekinesis with your partner Markoman. How did you two first hook up?
If I remember correctly, it was his girlfriend that introduced us. Soon after that he came to my place and we did a tune. After making a few tunes with him as Markoman & Smooth we just kinda decided that we really liked what we are doing and that we want a name for it. We just saw a bigger picture in our combined sound so Telekinesis was born.

Most producers seem to stick predominantly to one sub-genre style. Do you have a bit of a Jekyll & Hyde personality switching from one personality and style to the other?
Definitely. I love to change things up, especially when I finish tunes for a dnb release. It’s good to get away from it for a little bit. So thats when i do some pop, house, breakbeat, electro and lately also dubstep.

What can fans expect from Telekinesis in the near future?
At the moment we are waiting for quite a few releases to come out. We have done a remix for Black Sun Empire and also starting a remix for Nphect. And there’s a couple of our tunes coming out on Obsessions and C2D.

You’ve had a big year in 2011 with ‘Feel So Free’, ‘Music Takes Me Higher’, ‘Micro’, ‘Calling’ and your remix of Matrix & Futurebound’s ‘Strength 2 Strength’ all coming out on Viper, not to mention a few tunes, remixes, and collabs on other labels, as well as the Telekinesis stuff. How do you find the time to do it all?
I dont sleep that much… seriously! Having a full-time job and getting busier and busier with making music every year I have to say that sometimes it’s hard, but I deal with it. Overall hard work pays off!

You’re becoming infamous for the number of versions of a tune you bounce. What’s the most versions you’ve done on a particular tune?
One of the tracks from my new Viper EP called ‘Cyber Funk’ which got up to version 61! That was the hardest tune I’ve ever worked on.

Who has your favourite collaboration been with, and who would you like to collaborate with in the future?
My favourite collaboration was with Paul (InsideInfo). He’s such an awesome guy, I love him. We’re going to post a video soon of how we worked on it in the studio. I would definitely love to work with Brookes Brothers, Culture Shock and Matrix – and that’s just to name a few. And the collaboration I’m really waiting for is with Brendan (Futurebound), which we’ll be starting soon.

If you could remix one tune from any genre, what would it be?
AFI – God Called In Sick Today

Smooth – Blinded By The Light EP Minimix by Viper Recordings

Tell us what to expect on your upcoming ‘Blinded By The Light EP’. This is your first EP for Viper, was it a challenge writing an EP as opposed to a single?
It was deffinetly the hardest project so far. I’d say the biggest challange was to create ideas that don’t only work on their own, but also as peaces of one big puzzle. I would describe this EP as a mixture of flavours. It contains uplifting and heavy dancefloor tunes. I’d say it’s got something for everybody. The whole EP kind of scales down from ‘Shifting Sands’ which is an uplifting tune to ‘Cosmos’ which is the darkest tune of the EP. If i’d have to point out my favourites of the EP, I’d say ‘Shifting Sands’ and ‘Cyber Funk’. ‘Shifting Sands’ was a really big project for me since it was my first tune with original vocals which were provided by Shaz Sparks. I was really excited when her vocals came back to my studio, as I have worked with her vocals before on a remix for John B’s track ‘Red Sky’ I did with Subsonik, so I knew she was going to be perfect for the tune I had. Then there is a part two for ‘Shifting Sands’ as well, which is a dubstep version of the tune and actually the first dubstep tune I’ve ever made. I would call it the grimey sister of part one! ‘Cyber Funk’ – hmmm where to begin – definetly the hardest project I ever did. As I mentioned before, I had to make 61 versions to get it to sound how I wanted. In the end it was well worth it though.

What’s else can fans expect from Smooth in 2012?
Well of course there is the ‘Blinded By The Light EP’ that’s coming out in January, and I’m currently finishing a big remix that I can’t say yet… hopefully lots of gigs as well!