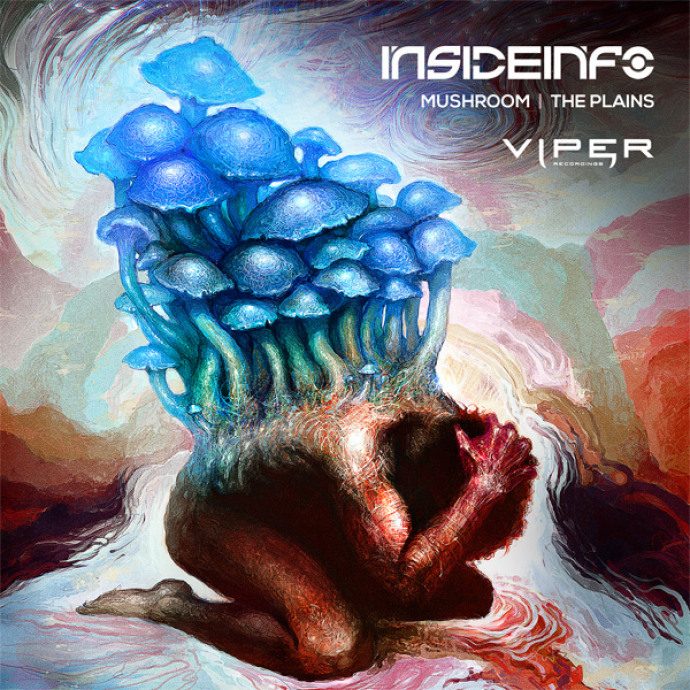 Celebrating its 10th year in the Drum and Bass scene in 2014 with their ‘Decade of Viper’ festivities, Viper Recordings inexorable continues with its first release of 2015 from InsideInfo.

With his first release on Viper back in 2008 with ‘Sneaker’, InsideInfo has steadily built a reputation with his precise, unique sound and scientific production setting him apart from the rest. From classic hits such as ‘Skyhook’, ‘Quattro’, ‘Honey Bee’, and more recent work such as ‘Mythos’ and ‘Metamorphosis’, InsideInfo has become one of the most in-demand remixers recently. With remixes of classics such as ‘Black Sun Empire’s ‘Deadhouse’ and Usual Suspects ‘Killa Bees’ and his latest rework of Hybrid Minds’ ‘Meant To Be’, it’s little wonder that InsideInfo was entrusted to remix Bad Company’s ‘Torpedo’ for a forthcoming Bad Company remix album.

Following up on his smash hit ‘Metamorphosis’ on Viper, InsideInfo now unleashes the juggernaut ‘Mushroom’, complimented by the expertly engineered ‘The Plains’.

‘Mushroom’
The latest banger in a long line from InsideInfo, ‘Mushroom’ sees the English producer breaking the mold once again. An unconventional tapestry of sound, ‘Mushroom’s’ introduction draws the listener in, ready for one of the most ridiculous switch ups you’ll hear this year. Stuttering into life, ‘Mushroom’ chugs forward, with sharp, stinging bass and relentless percussion. Expect to hear this one in many a DJ set.

‘The Plains’
On the flip, ‘The Plains’ see InsideInfo change the pace with the stunning ‘The Plains’. After a cinematic, epic introduction typical of InsideInfo, ‘The Plains’ builds up in to a storming Neurofunk roller. Twisting and turning on every beat, the flip sees InsideInfo craft, an accomplished, futuristic roller. Featuring a grinding baseline hovering over intricate, complex drums, ‘The Plains’ is the perfect flip to the stuttering sounds of ‘Mushroom’.