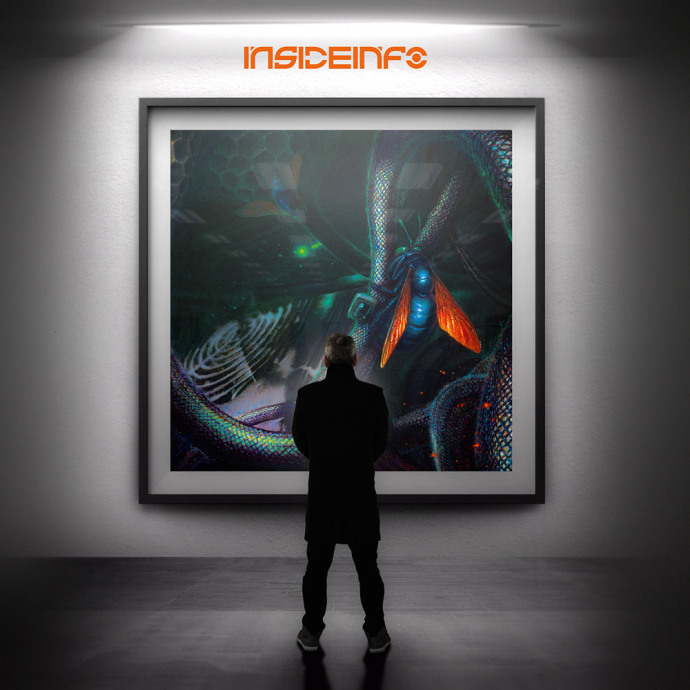 Existing at the very forefront of electronic music with his intricate production style and experimental sound design, Viper Recordings’ own InsideInfo has continued to leave a lasting impression on the Drum & Bass music scene since his first Viper release back in 2008.

Now bringing together a mind-blowing amalgamation of genres, sounds and vocal talent from all ends of the spectrum, InsideInfo gears up to release his hotly-anticipated debut album on Viper Recordings; the self-titled ‘InsideInfo’ LP.

‘InsideInfo’ is more than just a Drum and Bass album. Left of centre, classy, and set to brush shoulders with some of the most expertly crafted electronic LP’s of recent years, this LP shows us that the talented producer is at the top of his game.

Lending their vocal talents to the album, artists from a diverse selection of backgrounds, including Bleed From Within’s Scott Kennedy (‘Revenants’), talented electronic vocalist Fable (‘Glimpse’), MC and ‘Hench Recordings’ frontman Jakes (‘Renegade’) and one of the industry’s most favoured singers Tasha Baxter (‘Time Will Tell’). Fans will also recognise singer, rapper and MC Miss Trouble featuring on the 2016 hit ‘Revolution’.

In true InsideInfo style, ‘Navigator’, ‘Conformity’ and ‘Spychase’ bring some serious bass power, while tracks such as ‘Creepy’ and ‘Lost You’ keep up the astounding level of variety throughout; from techy up-tempo bangers to moody rollers. Another highlight is the eclectic ‘Num Num’ where InsideInfo battles against world renowned tabla musician Aref Durvesh, who has worked with the likes of: Sting, Beck, Jose Stone, and Nitin Sawhney.

Spanning a diverse spectrum of sound like never heard before, InsideInfo brings us an LP which signifies the very driving force behind the evolution of modern Drum & Bass music.