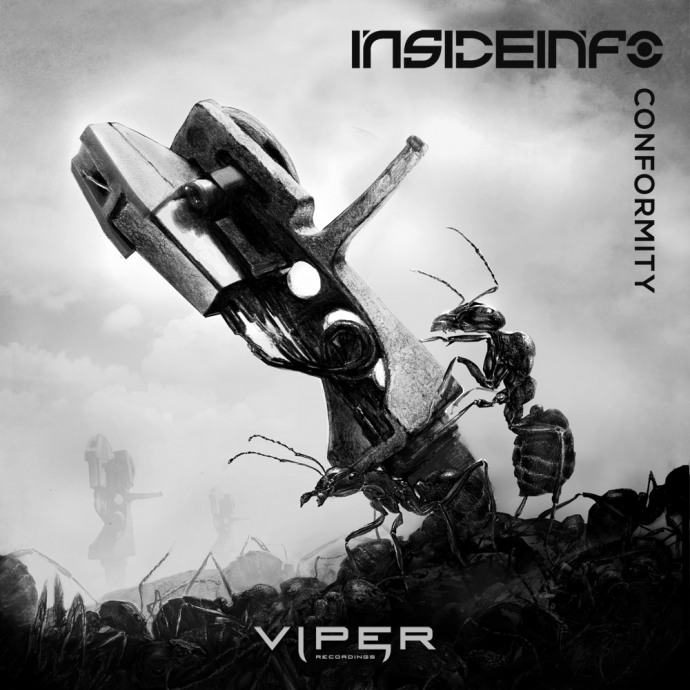 “THE OPPOSITE OF COURAGE IN OUR SOCIETY IS NOT COWARDICE, IT IS… CONFORMITY.”

The last 18 months have been pivotal in InsideInfo’s uprising. Following up on his smash hit ‘Metamorphosis’ which dominated the D&B charts and was the 12th highest selling D&B track of 2014 on Beatport, InsideInfo unleashed the juggernaut ‘Mushroom’, complimented by ‘The Plains’ which went #1 on Beatport’s DNB Releases chart and hit #2 and #3 respectively for each track on the singles chart.

His next release featured a collaboration with Mefjus on Virus Recordings with ‘Footpath / Leibniz’, which also hit #1 on Beatport’s DNB Releases chart and #2 and #3 on the singles chart. Only a month later the duo returned with ‘Pulsation / Talisman’ on Viper which saw ‘Pulsation’ sit in the #1 spot on the Beatport DNB singles chart for almost a month. If that wasn’t enough, InsideInfo rounded out 2015 with a remix of Kryptic Minds ‘The Truth’ on Ram Records, and Mefjus ‘Expedition’ on Critical.

Turning to 2016 and InsideInfo drops the colossal single ‘Conformity’. Starting off with a subtle rhythmic flow, we’re eased into ‘Conformity’ with grace and flair, but that doesn’t last too long. Following a trademark InsideInfo sample proclaiming, “the opposite of courage in our society is not cowardice, it is… conformity.” comes a weighty drop with devastating impact. Subs so low they’ll shake the very ground you stand on, intricate yet simple edits and thundering beats ride on relentlessly.

It’s a formula that’s worked time after time, get your sounds right and keep the structure simple. This is what InsideInfo has done without fail. ‘Conformity’ changes the game and ups the ante.

It’s set to be another big year for InsideInfo as he’s is locked deep in the studio working on his debut album on Viper for release later this year.