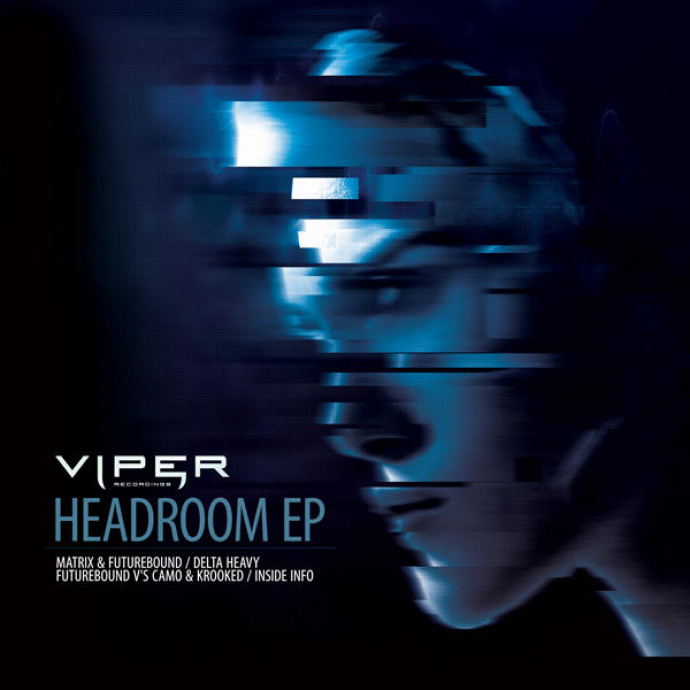 2010 is again turning out to be a massive year for Viper Recordings. The first release of 2010, the âHalo EPâ by DC Breaks, repeated the success of last years âActs OF Mad Men LPâ in being hammered across clubs and radio alike.

For this, the labels next release, some of Viper Recordings newer signings in the shape of Camo & Krooked, InsideInfo and Delta Heavy, line up alongside label boss Futurebound for Parts 3 + 4 of âThe Headroom EPâ. With âHeadroomâ parts 1 & 2 featuring classics such as Brookes Brothers âCrackdownâ and the Original Sin remix of J Majik & Wickamanâs âFleshwoundâ the standard for the next âHeadroomâ installments was set incredibly high. However, with Andy C, DJ Hype, The Brookes Brothers, J Majik & Wickaman, High Contrast, Culture Shock, Ed Rush & Optical, Cyantific, Simon Bassline Smith, Matrix & Futurebound, Camo & Krooked and Danny Byrd all making this new EP a guaranteed part of their sets over recent weeks, thereâs no doubt its going to be another huge release for the label.

The impressive run of releases on Viper Recordings continues with the new Furlonge single âThis Loveâ (currently getting rinsed in the clubs by those lucky enough to have it on dub), new EPâs from Camo & Krooked and ShockOne and the new Viper album âDnB Summer Slammers 2010â all set for release on Viper in 2010.