GIGANTI – THE FACE OFF / PEACOCK STRUT

GIGANTI – THE FACE OFF / PEACOCK STRUT 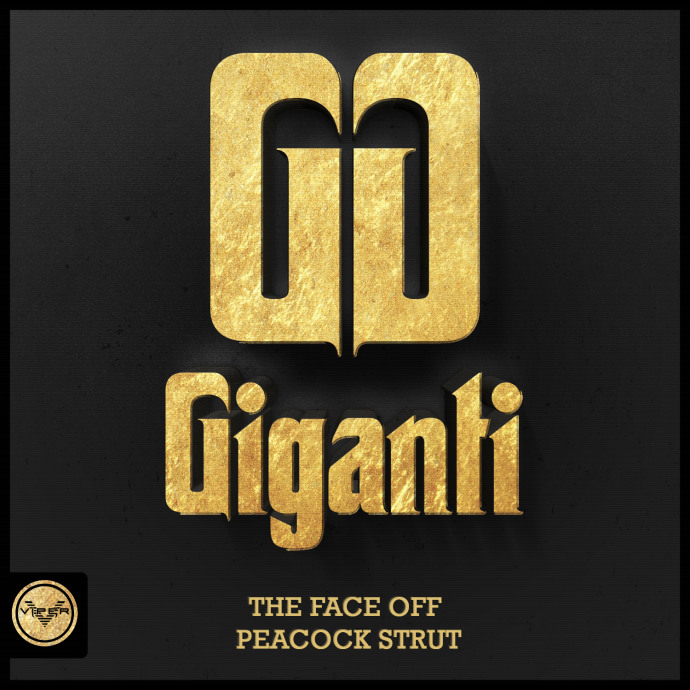 Viper have been known from the beginning as a label that has actively sought out new talent to bring to the spotlight. Nurturing some of the biggest names in the game today, including Metrik, Fred V & Grafix, Camo & Krooked, Sigma, Nero, DC Breaks, and more, there’s no question label-boss Futurebound has a knack for discovering diamonds in the rough.

The latest newcomer to catch Futurebound’s attention is Giganti, who’s name draws inspiration from New York Italian-American mobster and boxer Vincent Gigante. Making his debut on this year’s ‘Viper Goes to Let It Roll’ compilation with his track ‘Roll It’, hotly followed by his contribution to Bassrush 3.0 with his rendition of BMotion’s iconic ‘Something Something’, Giganti has already proven he is a name to watch. Now, with two more tracks on the prestigious Viper, Giganti is taking heads off again with his debut Viper single since signing exclusively to the label.

The first track on the single, ‘The Face Off’, immediately paints a picture of the wild, wild West with a cinematic intro influenced by classic Westerns. The elegant yet mysterious opening builds apt suspense, followed by a stabbing lead and thumping drums that is set to tear dancefloors apart left, right, and centre. From the moment the track drops, adrenaline pumps non-stop, making it one hell of a weapon for any dj whose sole aim is to slay any dance floor before him.

The flip side of the single is ‘Peacock Strut’, a foreboding and slightly sinister track with a bouncy verve. Vocal cuts add to the ominous air of the intro, and that same menacing sound is carried on throughout the track. A true stomper in every sense of the word, Giganti certainly struts his stuff with this release. Breaking up the unruliness of the drop, Giganti slows things down for a haunting synth showcase, adding to the eeriness of the tune in a way that begs repeating.

Both tracks are not only solid proof of Giganti’s strengths as a producer, but also to the label’s impeccable taste and ability to bring bright new minds to the forefront of the drum & bass scene. Although a relative newcomer, there’s no disputing new signing Giganti is soon to become a household name to fans of the genre, and another strong addition to the ever growing Viper family.