GENETIC BROS. – EVERYDAY OF MY LIFE

GENETIC BROS. – EVERYDAY OF MY LIFE 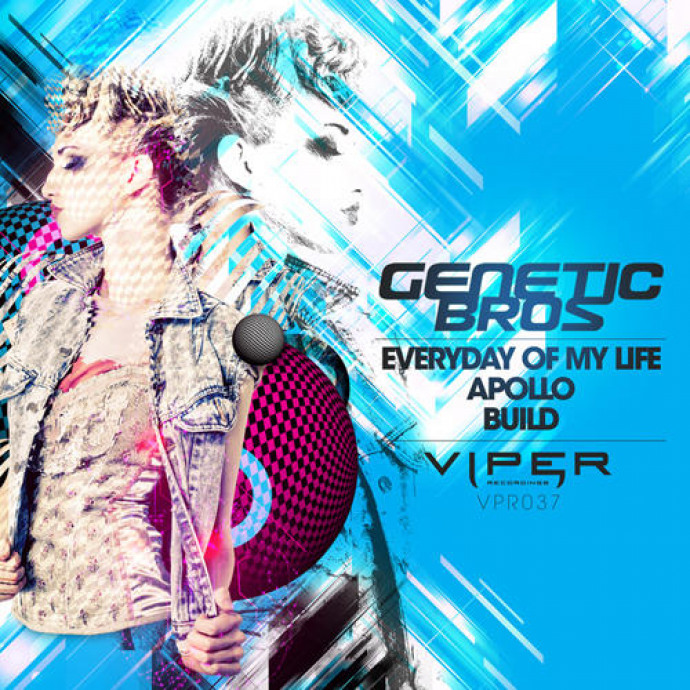 Ask any of the worlds biggest Drum and Bass DJâs where the biggest party they have played at in the last 12 months and invariably it is the name of one of the huge outdoor raves in Russia that crops up time and time again. Huge outdoor events such as Pirate Station regularly attract 30,000 people with incredible light shows, dancers and production. While there have been a number of underground successes, for such a huge scene it is surprising that a Russian drum and bass producer is yet to break into the DnB big league. In 2011, the emergence of one of the most exciting new talents in drum and bass shows that wait could well be over. The producerâs name in Genetic Bros, and incredibly, when you take into account how strong these tracks are, this is his debut single.

In 2010, as the first Genetic Bros tunes started to surface, there was an inevitable scramble for his signature. With a record of nurturing talent such as ShockOne, DC Breaks, Metrik, Camo & Krooked and Nero, it was an easy decision to join the roster at Futureboundâs visionary label Viper Recordings who signed Genetic Bros to an exclusive worldwide deal.

With his first track for Viper featuring on 2010âs âSummer Slammersâ compilation whetting the appetite, Genetic Bros now releases his debut single for the label, and the sheer quality of his production means Russia donât have to wait any longer for their first worldwide star of drum and bass. That artist has arrived. That artist is Genetic Bros.

GeneticBros – Everyday Of My Life by Viper Recordings

âEveryday Of My Lifeâ
Summer tunes donât come much bigger than this. Hands in the air, beach party vibes with peak time warm thick heavy bass. If this tune doesnât put a smile on your face, your heart is officially made of stone. In a genre all of its own, this is an 80âs influenced soulful pop drum and bass banger of epic proportions. The pure nostalgic (for those old enough to remember) intro drops a half speed handclap beat alongside the introduction of the pop soul vocal and classic 80âs keys leading to the drop which has been inducing smiles, embraces and good times wherever it has been dropped around the world. The forum âheadsâ may well turn their noses up, but anyone who likes to dance rather than peer over the DJ booth will instantly fall in love.

âApolloâ
Showcasing his outrageous versatility in all styles, Genetic Bros then shows the deeper and darker side of what he can do on âApolloâ. A set starting epic intro layers early 90âs euphoria rave warmth and trance riffs alongside samples of the Apollo space mission launch sequence until out of nowhere everything drops away for a cavernous bassline, which warps and morphs as the space shuttle countdown continues until the drop when all kinds of insanity break loose. Drum patterns and basslines switch every 8 bars, each more incredible and lunatic that the last, all underpinned by a drill like mid range and eventually joined by the rave synth from the into and then finally a space age hook until the next breakdown. This is hectic, dance imploring rave at its finest.

âBuildâ
Again showcasing Genetic Brosâs perfectly weighted balance between musicality and dancefloor (something Viper Recordings has uniquely pioneered as its hallmark sound), âBuildâ is another absolute smasher. Rarely does a new producer get bass so warm, bouncing and deep as Genetic Bros does here. At the drop, a clipped vocal drops in over a galloping rhythm track, again with 80âs influences in the synths and washes. During the track everything from synth horns to rotating leslie organ, to guitar, to booming reverbed drums makes an appearance in a collage of familiar sounds of pop tracks of the 80âs. This is a head turner purely for its style and choice of sounds and influences, and rather than pulverise you with bass and drums, this track has the groove to make you move your feet. Tough yet musical, this is a true prodigy at work.