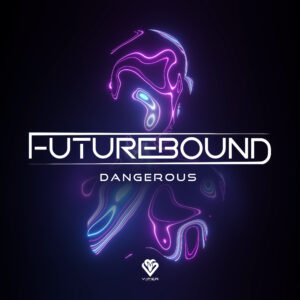 Viper are incredibly proud to present the first solo release in over a decade from none other than label boss Futurebound himself. Half of the household name Matrix & Futurebound who have seen soaring success as a duo with internationally loved hits like ‘Fire’, ‘Control’, ‘Magnetic Eyes’, ‘ All I Know ‘ + 2 studio albums ‘Universal Truth’ & ‘Mystery Machine’ and many more, both artists have also enjoyed various individual successes over the years as owners of Metro Recordings & Viper, respectively. With millions of streams and record sales, headlining at the world’s biggest festivals, receiving huge support from radio, tastemakers, and fellow DJs, there is no denying the legendary status of both Matrix and Futurebound.

And while there is no end in sight for the duo’s collective success, Futurebound is set to yet again make waves with his latest single, the aptly named ‘Dangerous’, on his very own Viper Recordings.

Featuring the vocals of Tom Cane, who has achieved similar star-status in the scene over the years, ‘Dangerous’ is destined to become another classic for the genre. Vibrant and full of life, Futurebound packs the track full of his signature energy, shaped by years of being submersed in dance music culture. Bright and emotive, ‘Dangerous’ captures the essence of the underground culture we hold so dear while still also appealing to the mainstream in a way that only Futurebound can do.

Raised by dance music and now at the forefront of the genre, this solo release from Futurebound is not only a seminal release for the label, but for the scene as a whole. Highly sought after by peers and fans alike, Viper are proud to finally unleash ‘Dangerous’ from the one & only Futurebound.