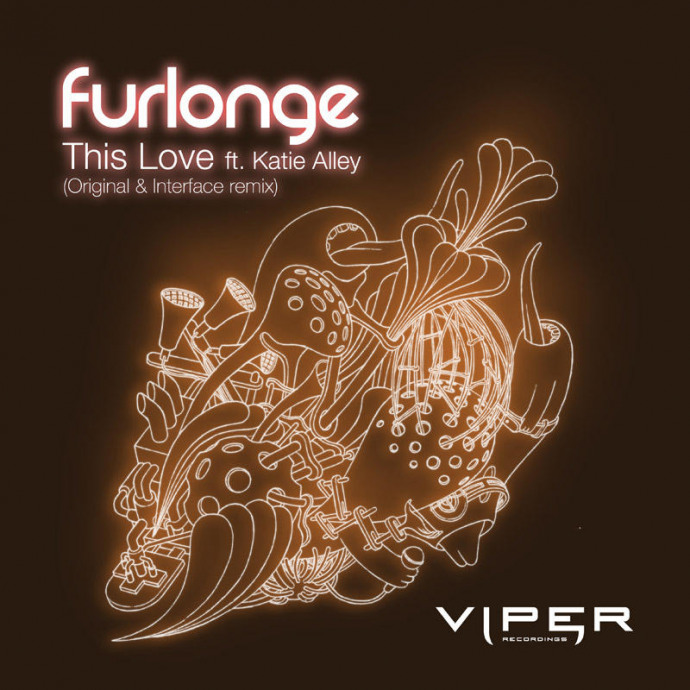 From one of the rising stars of the Viper Recordings crew, âThis Loveâ is already proving to be a breakthrough release for hugely talented DJ and producer, Furlonge. Early releases such as âDrifterâ (alongside Brookes Brothers) which featured on the flip to âTear You Downâ on Breakbeat Kaos, and âHigh Commission / It’s Cruelâ on Viper VIP marked Furlonge out as a newcomer with undoubted talent. However, it was last years âTask Masterâ (taken from the Viper album âActs Of Mad Menâ – Radio 1 album of the week) which brought him to the attention of the masses with Zane Lowe and Annie Mac both hammering the track on Radio 1.

Fast forward to 2010 and Furlonge kicked off the year with âSin Binâ, featuring on the huge âViper Recordings Presents: Drum & Bass Summer Slammers 2010â album. This is now to be followed up with the release of undoubtedly his biggest track to date, âThis Loveâ. Already getting rewound in clubs around the world by the likes of Danny Byrd, DJ Hype, Bryan Gee, Camo & Krooked, DC Breaks and Futurebound, this is an all time anthem in the making. Backed up with the Eastern influenced vintage breaks meets future funk of âDuelâ and a remix of âThis Loveâ by Interface (fresh from the success of âBright Lightsâ alongside DJ Die) who twists the original into a stand out lunatic rave bomb, this is set to be another standout release from Viper.

FURLONGE – THIS LOVE (FEAT. KATIE ALLEY)
Undoubtedly one of the tunes of summer 2010, this filtered disco future classic has been bringing the sunshine vibes to club and festival alike, and with autumn now drawing in, âThis Loveâ is continuing to drag the summer along wherever it is dropped (and invariably rewound!). After an early version was fist aired by DC Breaks on 1Xtra, the clamour to Futureboundâs door for the tune on dub was nothing short of a stampede. Amazingly, the stone cold classic sounding vocal is not sampled, but is actually the debut of vocalist Katie Alley. Without doubt another star Viper Recordings discovery!
Furlonge – This Love (feat. Katie Alley) by ViperRecordings

FURLONGE – THIS LOVE (INTERFACE REMIX)
In little under a year, Interface has gone from relative unknown to sit alongside Furlonge as one of DnBâs hottest new stars. With the bassline missile of âGet Loâ (released on DJ Clipz / Redlightâs Audio Zoo imprint) still a guaranteed in almost every A-List DJâs box, it was this years âBright Lightsâ alongside DJ Die and William Cartright that really brought him to the attention of the masses, with both the Rockers and Rollers mixes getting smashed across club and radio alike. With his first release since âBright Lightsâ Interface has only slightly tweaked the vocal intro before unleashing the type of skipping and rolling acidic insanity that fans of twisted individuals warped take on jungle are sure to love. One for the screwfaces.
Furlonge – This Love (Interface Remix) by ViperRecordings

FURLONGE – DUEL (digital only)
Completing the package comes the digital only track âDuelâ. Featuring what is fast becoming Furlongeâs signature combination of immaculately put together rhythm track, dancefloor bass and interweaving melodies, Furlonge has produced what is seemingly becoming a dying breed (at least outside of Viper!) of track that will set dancefloors alight while satisfying those looking for something a little more musical and interesting that you standard banger. âDuelâ cleverly mixes layers of synths, eastern chops and breathless vocals with tough drums and bambaataa style cowbell breaks to make this another essential Viper package.
Furlonge – Duel by ViperRecordings