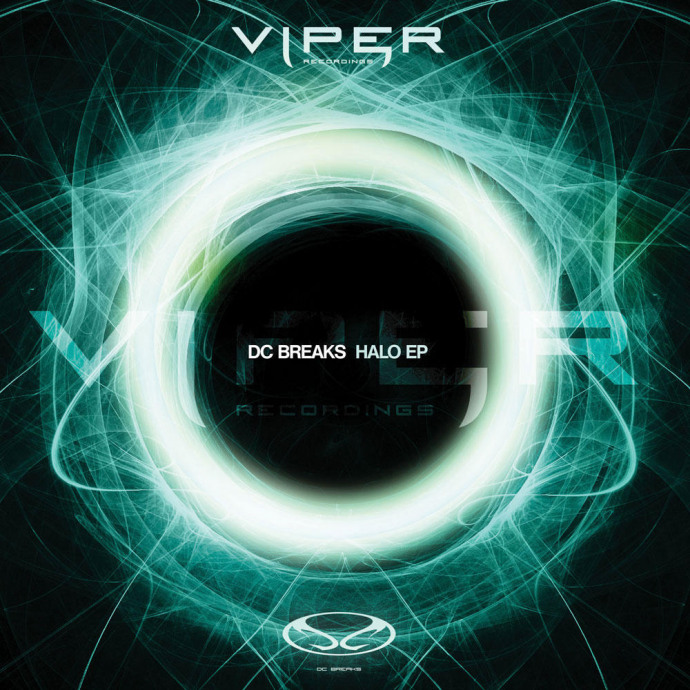 Following on from the huge success of the Viper Recordings album âActs Of Mad Menâ (which as well as being Zane Loweâs album of the week on Radio 1, also found support from Annie Mac, Rob Da Bank, Nick Grimshaw, Annie Nightingale, Eddy Temple Morris, John Kennedy, James Theaker, and Johnny Doom) comes the labels first major release of 2010 â the âHalo EPâ by DC Breaks (out May 3rd).
The EP features collaborations with Cat Knight (who has worked with producers such as Matrix & Futurebound, Jonny L, Ray Keith and Scott Brown) and MC Darrison (who has releases on the cream of drum and bass labels; V Recordings, Roni Sizeâs Full Cycle, Adam F and DJ Freshâs Breakbeat Kaos and now Viper, under his belt). With the recent attention on Viper Recordings 5th birthday celebrations and the success of the âActs Of Mad Men LPâ still fresh in peoples minds, this is set to be another huge release for the label.
Being the debut EP by DC Breaks, this marks an important milestone in the duoâs career. It all started in 2005, with their first few releases coming out on the Restless Nativeâs label. After only a few short years, DC Breaks began to catch the attention of some of the top label heads in the game in Futurebound with Viper Recordings, and Andy C with Ram Records. Their first single on Viper had two equally devastating bombs in the form of âRomperâ and the original âMankindâ. Andy C meanwhile signed up several tracks to Frequency Recordings, including âTakenâ and ‘Pickett Line’, which has since received swathes of Radio One support from the likes of Pete Tong (âOne of my favourite Drum & Bass tunes of the yearâ), Zane Lowe & Annie Mac, and then âFlashbackâ which settled into the Radio One âHottest Recordsâ Podcast for the entire Summer of 2009.
The numerous releases for Viper and Frequency has meant DC Breaks are hotly in demand as remixers. Recent remixes for labels such as Universal, Sony, Rough Trade, Ministry of Sound, Island, Parlophone, EMI and AATW, for artists such as Paloma Faith, Example, Tinie Tempah (remixing the massive single âPass Outâ), ROX, Erik Hassle, Soft Toy Emergency, and Bertie Blackman have seen DC Breaks championed by leading Radio 1 DJs including Zane Lowe, Annie Mac, Annie Nightingale and even Greg James.
The duo have spent years crafting their unique live performance in clubs and festivals around the world, DJ-ing across 6 decks and two mixers, and as a result they are rapidly becoming one of the most exciting acts in Drum n Bass. In addition their music has long been a favourite of DJs across the globe including Andy C, DJ Marky, Chase & Status, High Contrast, The Brookes Brothers, London Elektricity and of course Viper Recordings label boss Futurebound.
The first four tracks on this sampler will be released as a double pack vinyl, with âFeverâ being added to make up the 5 track digital bundle. âDevilâ will be given away as a free download in the run up to the EPâs release.
1. Halo
2. Babylon
3. Mankind (VIP)
4. Change You (featuring Darrison)
5. Fever (featuring Cat Knight) [Digital Only]
6. Devil [Free Giveaway MP3]
DC Breaks – Halo EP Minimix by ViperRecordings