THE FIRST SINGLE FROM THE FORTHCOMING CYANTIFIC ALBUM ‘BLOODLINE’! 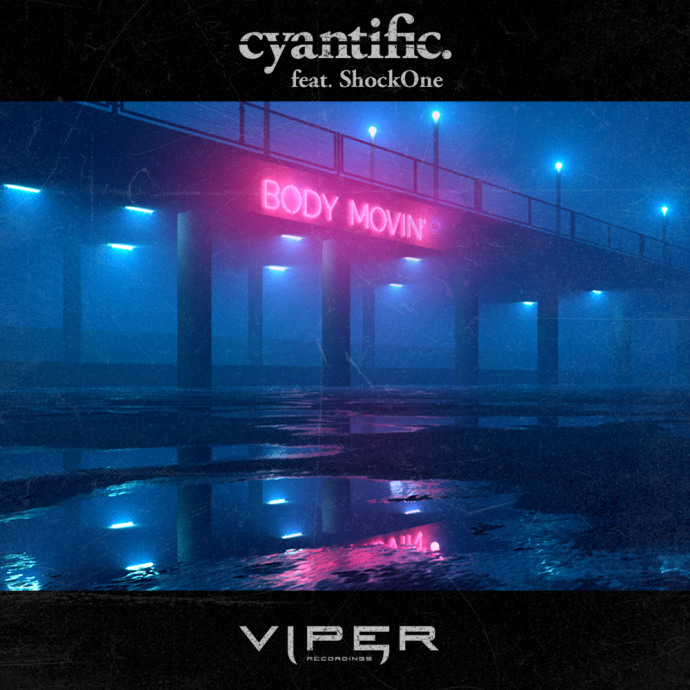 Cyantific is a name that has been at the pinnacle of the drum & bass scene for well over a decade. From his legendary 2006 album ‘Ghetto Blaster’ on Hospital Records, to releases on Ram, Critical, and his own imprint CYN Music, Cyantific has been at the forefront of the Drum & Bass scene for the past 15 years. Since bringing his signature sound to the Viper Recordings team in 2014, Cyantific has consistently released a string of hit singles and is now gearing up to release his second album titled, ‘Bloodline’ in the summer of 2018.

Known for infusing a sense of 80s nostalgia and a strong aesthetic into thumping, powerhouse dancefloor tunes, Cyantific is once again getting in the groove with his latest release, ‘Body Movin’’ together with legendary Australian producer ShockOne, who needs no introduction to Viper fans as one of the original Viper artists to ever release on the label.

Combining funky fresh synths with energetic drumbeats and an element of familiarity that comes from the lyrics, ‘Body Movin’’ is a feel good, pump up track that is a sure-fire way to start any night out. Upbeat, vibrant, and ever so catchy, this single is but a taste of what is to come from Cyantific’s long awaited Viper LP.