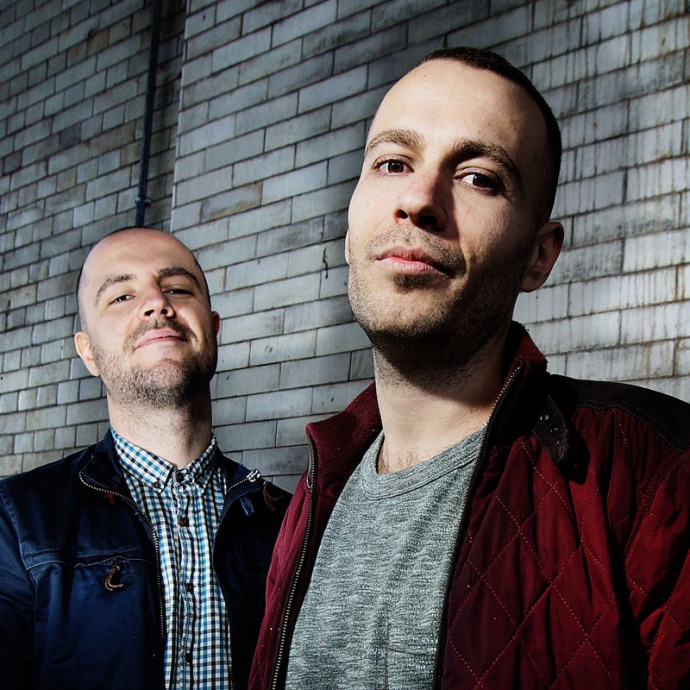 Formed of brothers Dan and Phil, the Brookes Brothers first began dabbling in production in 2002. After a few years perfecting their craft in the studio they released their first track in 2005, catching the attention of leading figures in scene, including Viper Recordings boss, Futurebound. Their first release on Viper Recordings came in the early days of the label in 2006 with the single, ‘Someone’.

Now renowned for scouting the freshest talent it’s no surprise the Brothers got one of their very first releases on Viper, with ‘Someone’ being only the labels 8th release ever. Joining the likes of Sigma, ShockOne, Camo & Krooked, Metrik, DC Breaks, Smooth, Delta Heavy, Seven Lions, and Koven, who all got their start on the forward thinking imprint, the Brookes Brothers have gone from strength to strength, deservedly gaining a reputation for delivering pure soul time and time again.

After signing to DJ Fresh’s Breakbeat Kaos label in 2007, the duo released their much anticipated self-titled debut album in 2011, which showcased their unique, accomplished production style. Featuring classics such as the ethereal ‘Last Night’, dancefloor hit ‘Beautiful’ (featuring Robert Owens on vocals), as well as ‘Paperchase’ (a collaboration with Danny Byrd), the album showed the Brothers ability to produce dancefloor gold, while numbers such as ‘Corpse Bride’ and ‘The Big Blue’ also showed the depth and versatility of one of DnB’s most important production teams. The album also saw the act dabble in Dubstep, with the reggae tinged ‘In Your Eyes’ becoming the Brothers second track to be playlisted on Radio 1.

Along with their collaborations and solo work, the Brookes Brothers have given ravers some of the biggest dancefloor reworking’s with their many diverse remixes. Turning tracks such as Chase and Status’ ‘Let You Go’, Nero’s ‘Must Be The Feeling’, J Majik & Wickaman’s ‘Crazy World’, and Shinichi Osawa’s ‘Star Guitar’ into epic radio and dancefloor DnB, the Brookes Brothers have also attracted remix work from the likes of chart toppers Wretch 32, Plan B, Crystal Fighters, and Maverick Sabre – as well as producing tracks for Example’s #1 album ‘Playing in the Shadows’.

Now fresh from the BBC Radio 1 playlisted hit ‘Loveline’ released to wide acclaim on Breakbeat Kaos in late 2012, the legendary production team has signed exclusively to the label they started out with, Viper Recordings. With the forthcoming track ‘Carry Me On’ (featuring Chrom3 on vocals) already selected as “Hottest Record In The World” by Zane Lowe on BBC Radio 1, and exciting collaborations in the works, including ‘Get On It’ with Danny Byrd from his forthcoming album ‘Golden Ticket’, the most exciting chapter so far for the Brookes Brothers is about to emerge.