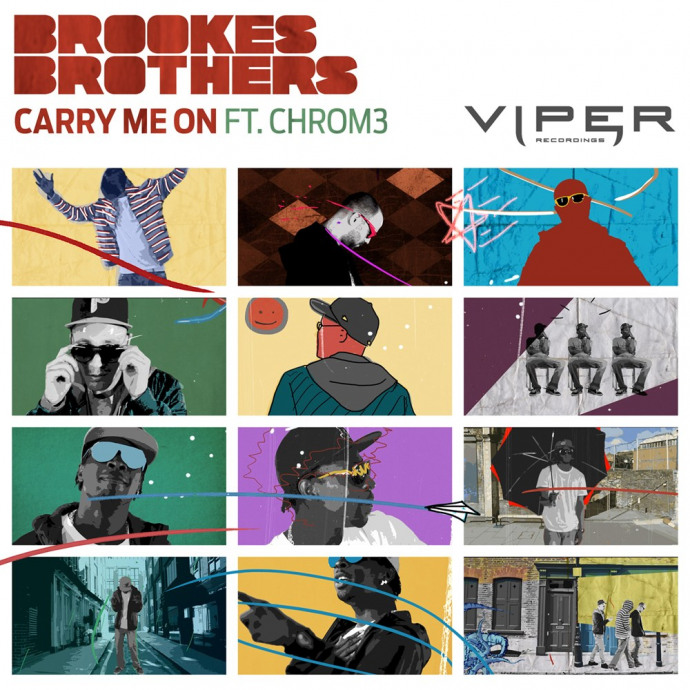 A byword for cutting edge Bass music, Futurebound’s Viper Recordings has gained a reputation for releasing the best beats from around the globe. After a relentless run of huge releases in the last 12 months from the likes of Matrix & Futurebound, ShockOne, Koven, Smooth, and Seven Lions, Viper has continued to dominate airwaves and dancefloors alike.

With Matrix & Futurebound’s ‘Magnetic Eyes’ hitting #24 in the UK charts and becoming the 9th most played track in the UK on Radio 1 in the first quarter of 20131, along with ShockOne’s album ‘Universus’ hitting #1 on the iTunes album charts in Australia, Viper Recordings is ready to launch another cut of sophisticated DnB from the Brookes Brothers as they return to the label they first started with back in 2006 with their new single ‘Carry Me On’ (feat. Chrom3).

One of DnB’s most respected artists, the Brookes Brothers have produced hit after hit since their seminal anthem ‘Tear You Down’ in 2008, which spent 2 weeks atop the UK dance chart as well as 15 weeks in the top 20. In 2011 they released their long awaited self-titled debut album featuring classics such as the ethereal, but groovy ‘Last Night’, dancefloor hit ‘Beautiful’ (feat. Robert Owens), as well as ‘Paperchase’ (feat. Danny Byrd). The album showed the Brothers ability to produce dancefloor gold, whilst numbers such as ‘Corpse Bride’ and ‘The Big Blue’ also showed the depth and versatility of one of DnB’s most important production teams. Now, with the their last track ‘Loveline’ still echoing in clubs, the legendary production team have signed exclusively to Viper Recordings – kicking things off with the huge single ‘Carry Me On’.

Featuring the disco infused sound the Brookes Brothers have become known for; ‘Carry Me On’ sees the duo team up with one of bass music’s most exciting rising vocalists. Working with grime and rap juggernaut Dizzee Rascal, Chrom3’s vocal contributions on projects have resulted in two UK number ones (‘Dance Wiv Me’ and ‘Holiday’), as well as a MOBO nomination and platinum and gold plaques. Now teaming up with one of Drum and Bass’ most consistent production teams, Chrom3 and the Brookes Brothers are poised to dominate the airwaves once again.

Having already been selected as Zane Lowe’s prestigious “Hottest Record in the World” on BBC Radio 1, Nick Grimshaw and Dev’s “Big Things” track of the week, and added to BBC Radio 1 & 1Xtra playlists, ‘Carry Me On’ sees the Brothers achieve the perfect balance of radio-friendly uplifting vibes that still keep the energy high on the dancefloor. Following their last two Radio 1 playlisted tracks ‘In Your Eyes’ (feat. Johnny Osbourne) and ‘Loveline’, ‘Carry Me On’ may yet turn out to be their biggest hit yet.