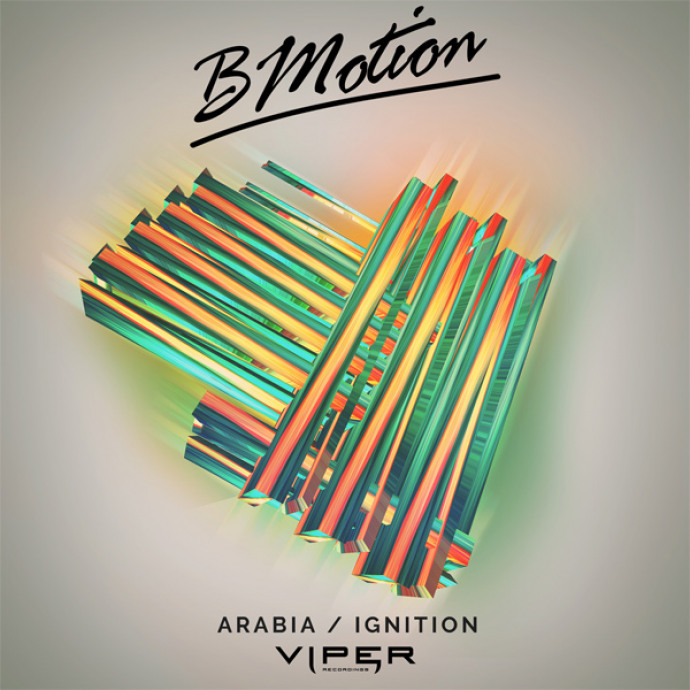 Earlier this year BMotion dropped ‘Bear Hug / Vice City’ on Viper Recordings. The single was met with a rapturous reception from both ravers and DJ’s alike. Smashing out clubs from Cardiff to California, ‘Bear Hug’ was championed by luminaries such as Matrix & Futurebound, Brookes Brothers, Calyx & Teebee, Dimension, S.P.Y, ShockOne, Metrik, and Drumsound & Bassline Smith to name just a few.

Already an established and respected member of the Viper family, BMotion returns with his third and arguably largest release on the label thus far in the form of ‘Arabia / Ignition’.

‘Arabia’ is full of eastern promise and percussion. A beautiful and almost mystic vocal floats over the build until it hits you like a sand storm with rolling beats and an extremely rude bassline.

‘Ignition’ lulls you into a false sense of security with its lush and cinematic melodies before the massive bassline abruptly deals you a slap across the face and demands you wake up and listen.

BMotion’s continued assault of high quality bass and beats has seen him win fans in very high places. From Sigma, Netsky, and DJ Marky, to UKF, Liquicity, and Friction on BBC Radio 1, he has impressed the right people in the right places. His latest single is sure to continue this trend and see him continue to build on his reputation for massive dancefloor tunes and immaculate production.