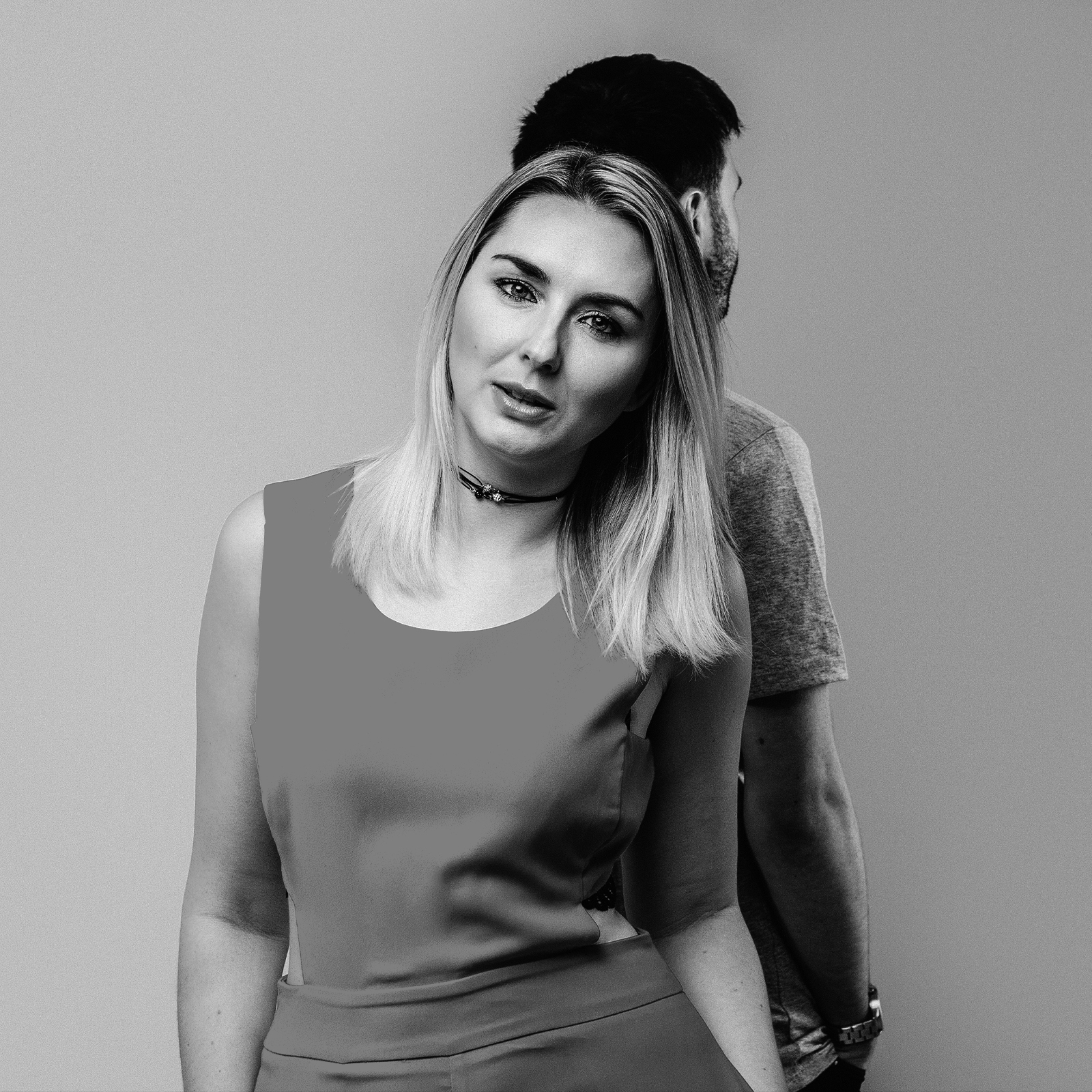 Instantly making an impact across the scene Koven’s very first release saw support some of the scene’s most important tastemakers at the time including UKF and Inspector Dubplate. The free download also began the trend for Koven’s vice-like grip of the airwaves, seeing support from Radio 1 and XFM as well as Ministry of Sound.

One of the most unique exciting bass music outfits to emerge in recent times, Koven is the production alias of producer Max Rowat and Katie Boyle. First conceived in December 2011, the Koven project was sparked into life with the ‘Wake You Up EP’.

Finding its way into some of the bass music world’s most respected sets, it wasn’t long before Koven found themselves with a queue of equally talented producers at their door, eager to work with an exciting new production force. Working with Modestep on their track ‘Take It All’ and featuring on their highly anticipated album Evolution Theory, Koven found themselves supporting on Modestep’s UK tour.

On the cutting edge of production as well as performance, Koven’s sets held their own – partly thanks to the Alphasphere, a prototype midi controller from NuDesign. The Alphasphere has become an integral part of Koven’s live sets and studio work alike – allowing the innovative group to channel their unique blend of epic bass and organic musicality directly to the crowd – creating new ideas in the process.

With their talents in demand, remix requests followed from EDM juggernauts such as Borgore, Hadouken and The Prototypes – racking up millions hits on YouTube and thousands of fans across the globe. Transforming Hadouken’s already huge ‘Levitate’ and into a 140bpm leviathan, Koven’s reworking picked over a million views on UKF Dubstep, accelerating the ridiculous momentum of a group on the rise. Not content with having them just remix Hadouken, Ministry of Sound also enlisted the help of Koven to produce a track for the Hadouken album, putting them in the company of household names such as Noisia, Loadstar and Drumsound & Bassline Smith. Outside the world of music, original Koven production also found its way into Ministry of Sound and Nissan’s collaborative project ‘The Nissan Juke Box’ with a track titled ‘Urban Forms’.

After making a name for themselves with the free ‘Wake You Up EP’ and remix work, in March 2013 the time had come for Koven to drop what was unbelievably their debut release. Released on Futurebound’s Viper Recordings, an outlet renowned for its ability to find new talent, ‘More Than You’ announced Koven as a new, formidable force on the EDM radar. A blend of melody, contorting bass and the unforgettable vocals of Kate Ashton, ‘More Than You’ solidified Koven’s style, earning them thousands of new fans and over one million UKF views in the process. The single featured remixes from Drum and Bass dancefloor kings DC Breaks and support from Radio 1’s Zane Lowe, ‘More Than You’ began the next phase of Koven’s take over of the dance music scene. An integral part of the Koven sound, Toontracks’ sponsorship and their Superior Drummer suite has also become an integral part of the Koven sound, helping to produce the epic, yet live style the group has become so famous for.

Summer of 2014 saw Koven have their biggest show to date, Mainstage at Exit Festival in front of 40,000 people alongside acts such as Rudimental and Skrillex. This coincided with a full diary of festival dates across the summer including Audioriver, Home Festival, Secret Garden Party, Campus Festival, Run To The Sun and many more.

The busy summer lead up to the release of their debut EP, ‘Hereinafter’, which accrued millions of plays around the world on major platforms like Spotify, UKF, Suicide Sheep, among many more. Back on the remix duties, Koven completed a remix for Kokiri’s ‘Retrospect’ which was released via Big Beat / Atlantic in the US and Ministry of Sound in the UK.

The cinematic bass outfit returned in 2015 with a ground-breaking EP, ‘Sometimes We Are’, which elevated them firmly amongst the globes finest electronic music producers. ‘Sometimes We Are’ was presented like a short movie / soundtrack, taking you through 4 scenes of epic proportions.

In November 2015, Jägermeister launched a new £2.7 million TV advertising campaign in the UK, soundtracked by Koven. The ad forms part of Jager’s ‘Craft the Moment’ marketing initiative and ran for six weeks. Koven are part of the JägerMusic artist support programme, in which the drinks maker commits to helping up-and-coming artists gain exposure.â