KONCEPT – BREATHE IN / YOUR EYES

KONCEPT – BREATHE IN / YOUR EYES 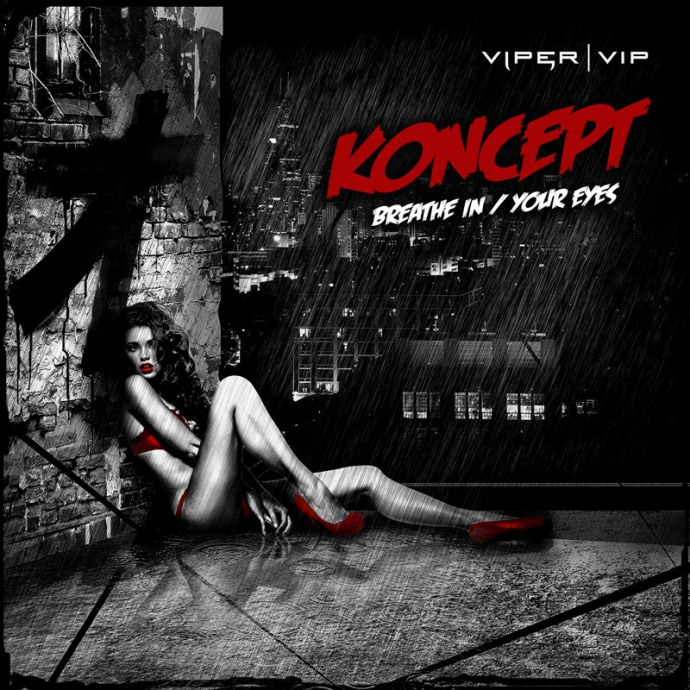 One of the most impressive years to date for Viper Recordings, 2013 has already seen one of Bass Music’s most innovative labels soar to new heights. Continuing the success of last year, Viper has continued to produce some of the most exciting music on the scene including ShockOne’s long awaited ‘Universus’ album, Matrix & Futurebound’s ‘Magnetic Eyes feat. Baby Blue’ and the landmark ‘Viper 50’ remix EP. In addition, one of the best rosters in bass music has also been bolstered, with the legendary Brookes Brothers announcing their arrival with the massive ‘Carry Me On feat. Chrom3’. Now with Koven’s heavyweight new single ‘Make It There’ and Matrix & Futurebound’s anthemic ‘Control feat. Max Marshall’ poised to devastate the scene, Viper VIP is ready to drop Koncept’s stunning ‘Breathe In’.
A home for the hottest new talent, Viper VIP’s back catalogue is a who’s who of rising stars. Not just a a sub-label, Viper VIP has gained a reputation for introducing dancefloors to some of the most exciting, gifted producers around. Following in the footsteps of the likes of Smooth, InsideInfo, Metrik, Camo & Krooked, Koven, and DC Breaks (as DJ Samurai), Koncept is now set to drop his debut release on Viper VIP.
Hailing from Kent, the 21 year old producer now takes the step up to Viper after stunning releases on Talkin Beatz and Cue Recordings as well as remixes for the likes of Sway, Axwell, French Soler, and Porter Robinson’s anthem ‘Language’. Thanks to his unmistakable production style, Koncept has caught attention both on the dancefloor and the airwaves – gaining huge support on every release from Radio 1’s Zane Lowe, Friction, Crissy Criss and many more.
‘Breathe In’ [Drum & Bass]
One of the most sophisticated releases this year, ‘Breathe In’ puts Koncept’s name firmly on the map. Beginning with an airy, detailed intro, ‘Breathe In’ effortlessly breaks down into a slick rolling DnB number. Featuring an infectious bassline coupled with techy, driving synths, ‘Breathe In’ harks back to classic DnB with its constantly morphing soundscape. Expect this one to be drawn for in the rave.

On the flipside, ‘Your Eyes’ switches things up and shows another element to Koncept’s obvious talent. Bringing the soul to proceedings, ‘Your Eyes’ pieces together delicate piano arpeggios, ethereal vocals and warm bass to create a chilled, summer track. The perfect counterpart to the techy, progressive A side, ‘Your Eyes’ is the second half to one of the most accomplished releases this year.